It is still a time to practice Champions casters. Here is a real quick game I had a month ago – Doomshaper3 vs Rhyas1, piloted by Maciej.
And lists:

It was 2 round game 🙂 Maciej started – he positioned the models to apply a CK next round. I need to come and take a hit or loose on a scenario.
In my turn I had no other option but FEAT – which I did. Admonition is on Mulg (free thanks to theme bonus). I also cast Implacabilty, Pyg Scroll Bearers used Scroll of Yolandi (doubles the cost of enemy spells and upkeeps). I made a wall with MK, Earthborn and Mulg. A lot of models clumped up, trying not to leave a landing space for Rhyas. 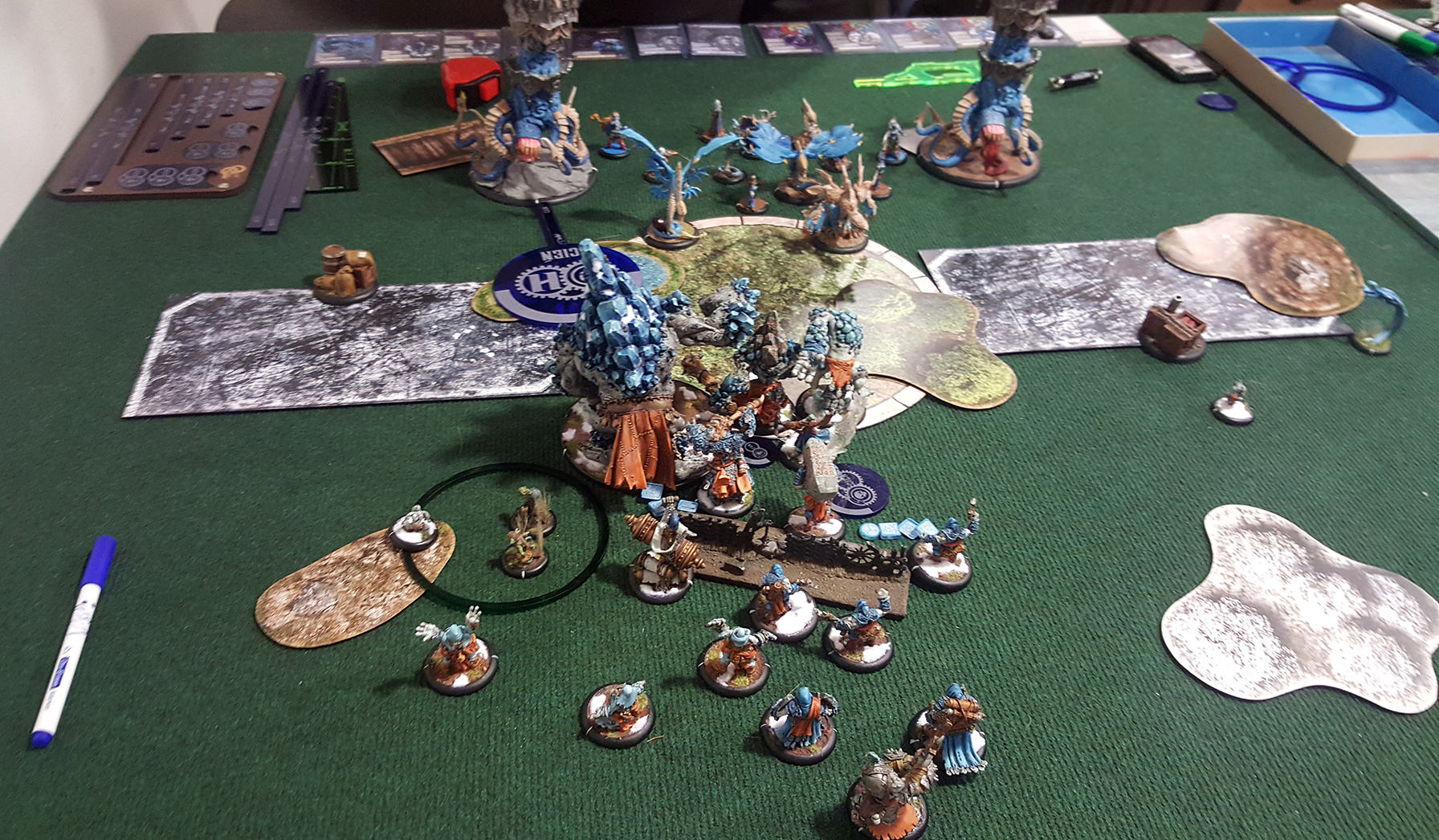 Maciej however found a spot… He started with Rhyas, used FEAT and charged Mulg. She hits and damaged my beast and then I drop a whelp! – just in the place where Rhyas should be placed using her feat effect. CK chance drops a little. In addition I hit back thanks to Primal Rage, but even with additional die from my feat and Puppet Master reroll I didn’t crit smite her. Rhyas sprint back. Some beast and Thrones tried to remove my meat wall, but in the end I lost only Mulg (I transffered to him some huge stack of boxes from Doomshaper hit by left Throne).
In retaliation I activated Janissa and moved Zuriel and Angelius away with Tectonic Shift. I forgot to give MK Puppet Master… Montain King moved, bulldozed some blocking beast, and came to Rhyas. I decided to headbutt her and boosted to hit, rolled 1 on every dice. Rhyas used Riposte. I bought an attack, boost and missed again! Rhyas used Riposte! 1 fury left… Bought the last attack without boost – this time I rolled 11 and hit the thick lady killing her instatly. Woah, it was close to failure!

HOt NEWS! EDIT – We got one important thing wrong. Rhyas after hit Mulg should first put herself b2b with beast and THEN I could spawn whelp. We took a Drag situation as a reference, but it turns out that you can put Whelp in play before Drag just because Drag generates another attack – link. And Rhyas placing does not generate this.
So – it’s a lost game for Trolls…