Hello! Welcome to the new report! Today I present you Calandra vs Crosse piloted by our local mercenary player Koka.

Koka won the start roll and choose to go first. He deployed his caster, solos and units centrally. Jacks to the sides and Anastasia in ambush. Crosse come a little closer and parked in the 5″ aoe rubble (theme bonus). Most of his solos came to this circle too.
I choose to put one unit of bears in ambush and another on the table. Stone awakens and put aura with speed bonus. Raiders run scattered, one of them engaged left Mule, other two engaged Zealots. Calandra cast Bullet Dodger on Earthborn, Star Crossed and came to the trench. Earthborn run near lake. Valka, Champions and Bears park in the right (Handler in the Snow Drift). 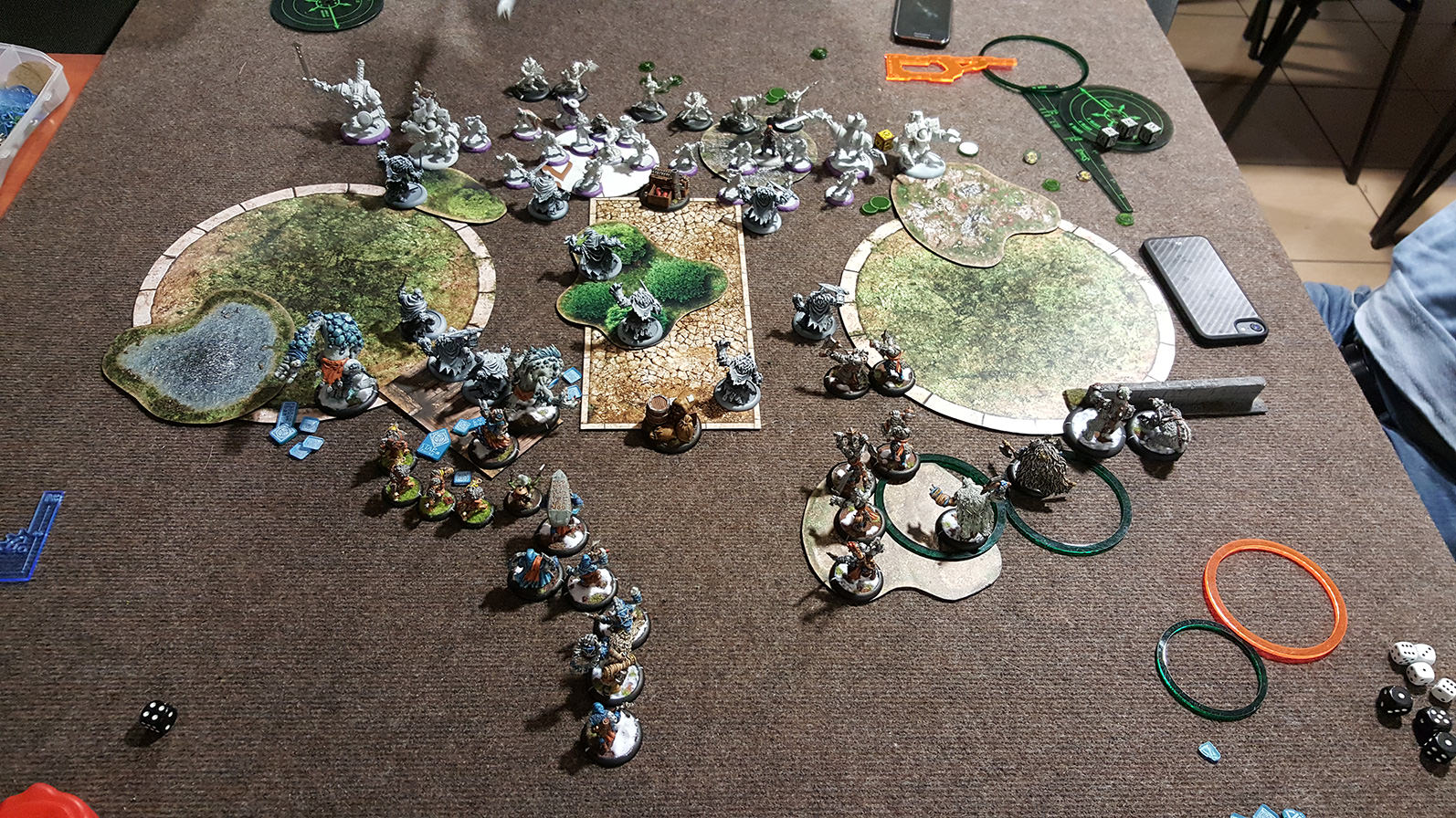 Koka killed some Raiders with Zealots. Tinker came to kill Raider in melee to free up left Mule. Jack shot at my Pigs, but luckily to me only one died.
I ambushed with Pygs and killed Gobber Tinker.Earthborn (Raged by Mauler) charged Nomad and killed it, clearing the zone. On the right 3 Champions killed one Zealot and one Cinerator, clearing this zone too. Bears ambush from right and killed Mule. Calandra cast Star Crossed. I score 2, Koka 0. 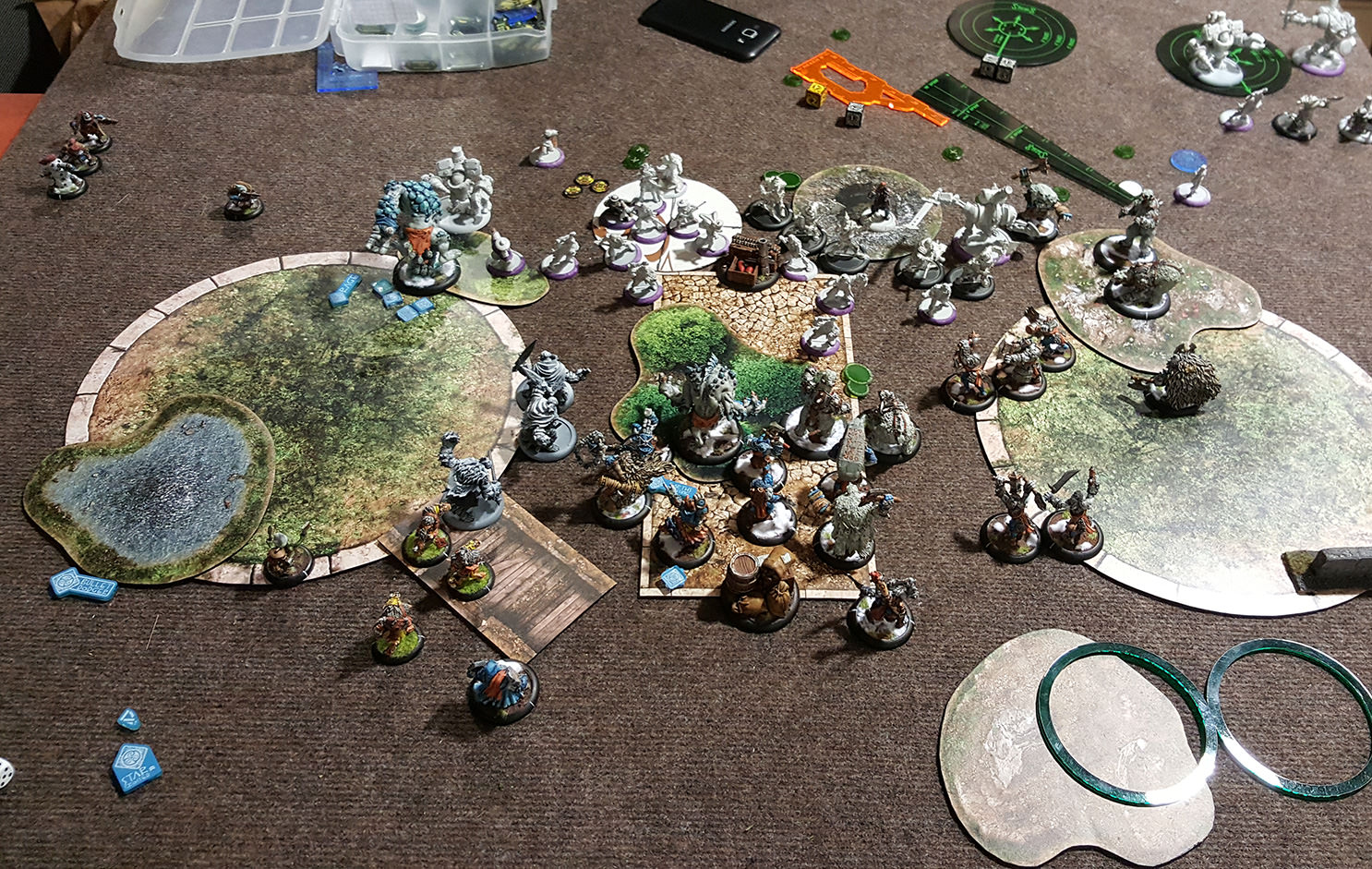 Koka killed all but last Raider and some Bears. Anastasia ambused my Pyg ambushers 🙂 Nomad attacked Earthborn, but after all his attack Dire Troll stayed alive with his mind and body up. Def 14 under Star Crossed is a thing! On the right Cinerators flood the zone. Noone scores.

My turn – from now on it was MEGA GIFA BRAIN FART. Do you know Dexter’s Laboratory? It was an old episode where his brain was overloaded. Hmm, I thought – “hey, I should easily get 3 points and finish this game! I think it was like 0,5% chance for success… 🙂
Mauler had to trample over Zealot to objective and kill both. Earthborn accompanied by Gobber Chef (!) had to clear left zone. What’s left, Calandra had to Beffundle out of the zones. Of course I miss some rolls and in the next turn Crosee and his crew shot her off the table…
I should just threw Mule into the rubble filled with caster and solos, then score 1 point somewhere and play this game to the 7 round…

Next time I remove Pygs + Gobber and put Horthol in. Will see how it works.
Cheers! 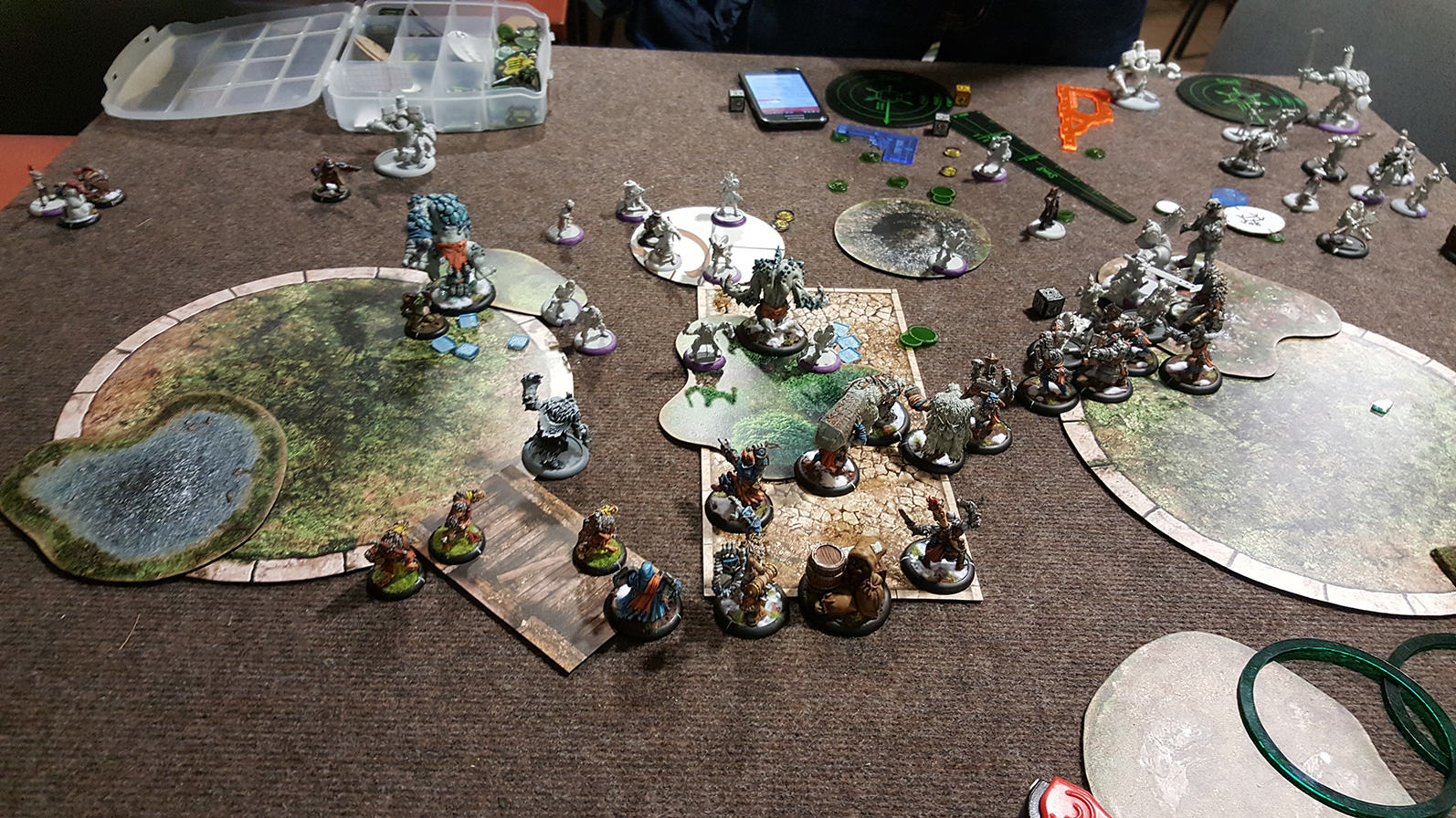