Hello! Yesterday I had a pleasure to play with Maciej and his Legion toys, and here is the report 🙂 I played my Calandra list, as I wanted to practise it before Champions format tournament. Maciej brought a new list. And, oh boy, what was the list! Look at it:

A few guys that stoppped at our table was reeeeealy suprised to see Archers. But in this matchup they performed really well 🙂

We rolled a dices and Maciej won, choosing to go first. He deployed Fyanna and beasts centrally, Archers, Anyssa and Warlord on the left side, Swordsmen on the right, Hex Hunters in advance. I put most of my forces skewed to the right, where wall and lake were, only Raiders and combat solos more to the left: 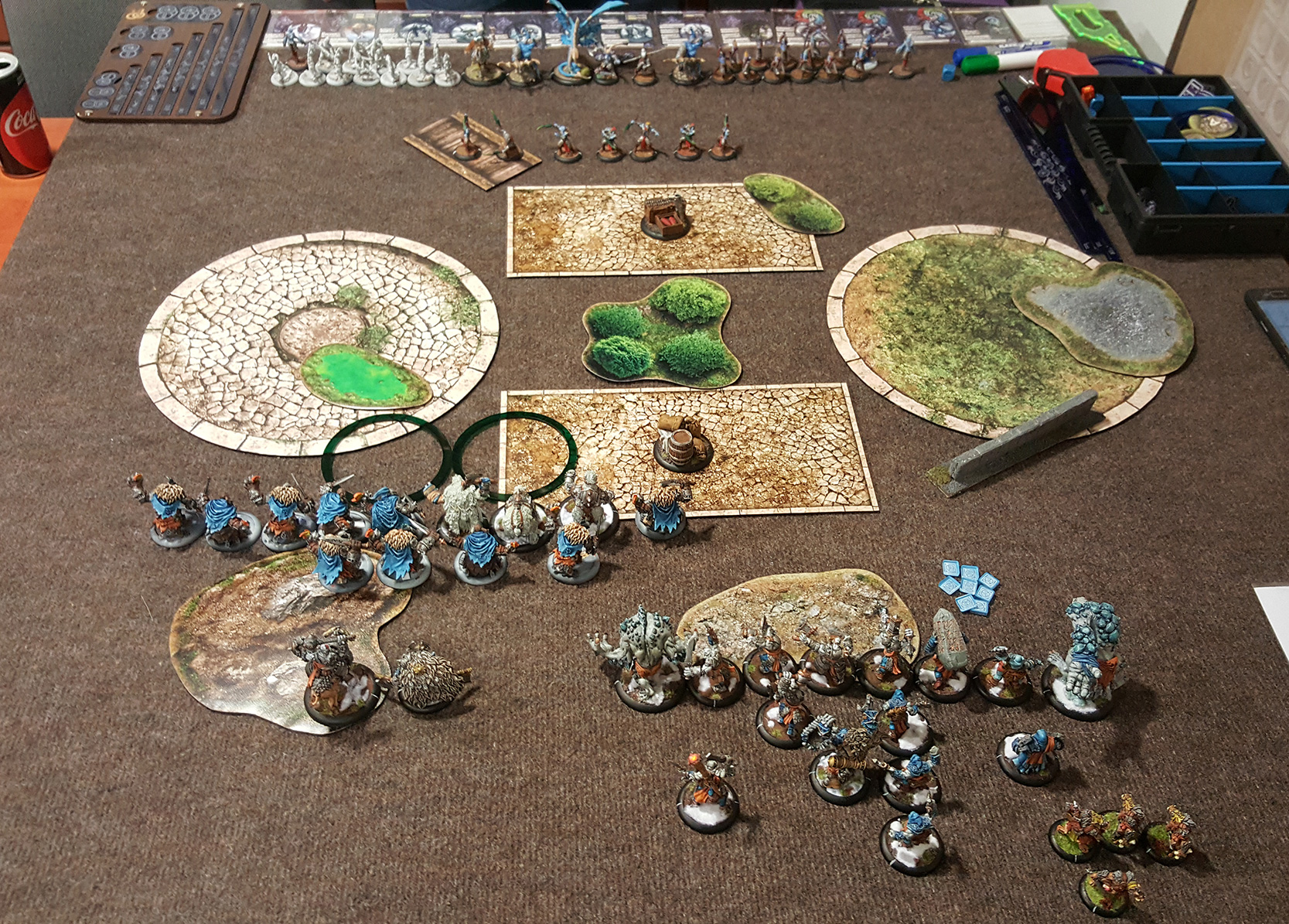 Maciej moved his forces forward, prepared to overwhelm mine thanks to their great threat ranges. Admonition is on Zuriel. I moved forward, sacrificing some Raiders to block enemies. One Bears park in Snow Drift triggering stealth, the other unit waited in ambush (and they waited the whole game… I forgot about them till it was too late). Star Crossed was up. Bullet Dodger on Earthborn. 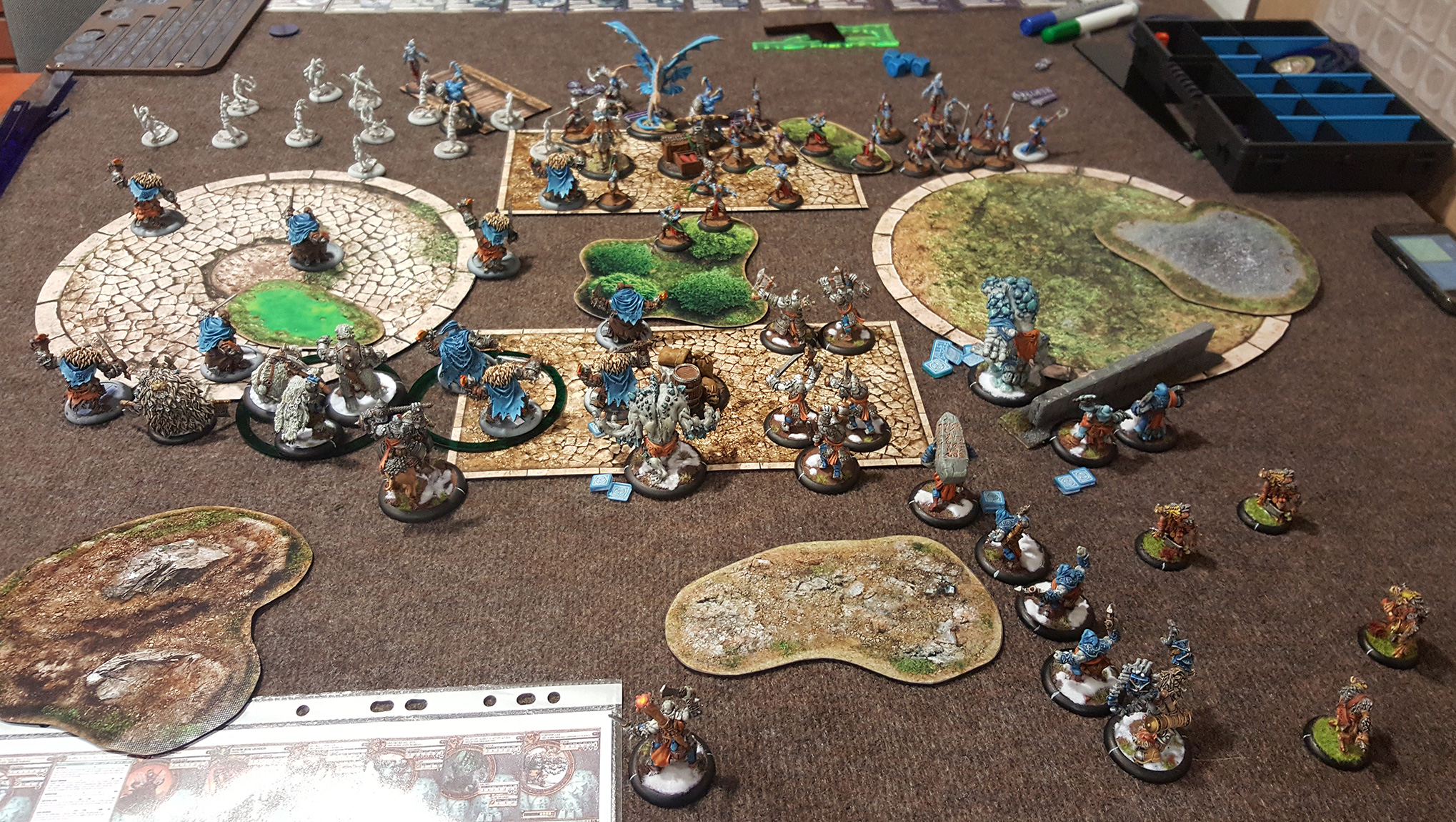 Legion turn 2: slaugter time. Zuriel got rid of Raider or two near distant zone. Anyssa came 5″ from Bears, and with Prey, shoot one to dead. Bolt Thrower killed Handler. Underestimated Archers shot off table a lot of Raiders (a lot of 2 man CRA, thanks to ROF2 from the Ammo Porter). Hex Hunters charged Champions and Shadow Binded 2 in the front… Swordsmen flood the right zone. Fyanna gave them Iron Flesh and FEATed (+3 def and Dodge to models in control!).

In responce I FEAT to had a chance hitting DEF 17+ enemies… On the left Valka and Horthol went to town killing 4 Archers total and Horthol repositioned to engage 1 Bolt Thrower and some Archers. Last Bear run far back so Lanyssa can’t moved Prey on new target. Mauler gave Rage to Earthborn and derp in the back. Champions tried to kill some Hex Hunters but missed most of the attack, even with my feat and +2 mat from Fell Caller. I wanted to clear my zone, but Hunters moved (Dodge) when I miss and position out of my weapons range, but still touching the zone). Champions clumped in the back –  two of them were Shadow Binded. Earthborn trampled over Swordsmen, killing one grunt, Abbot and Champion. Legion scores 1 in his zone, Trolls 0. 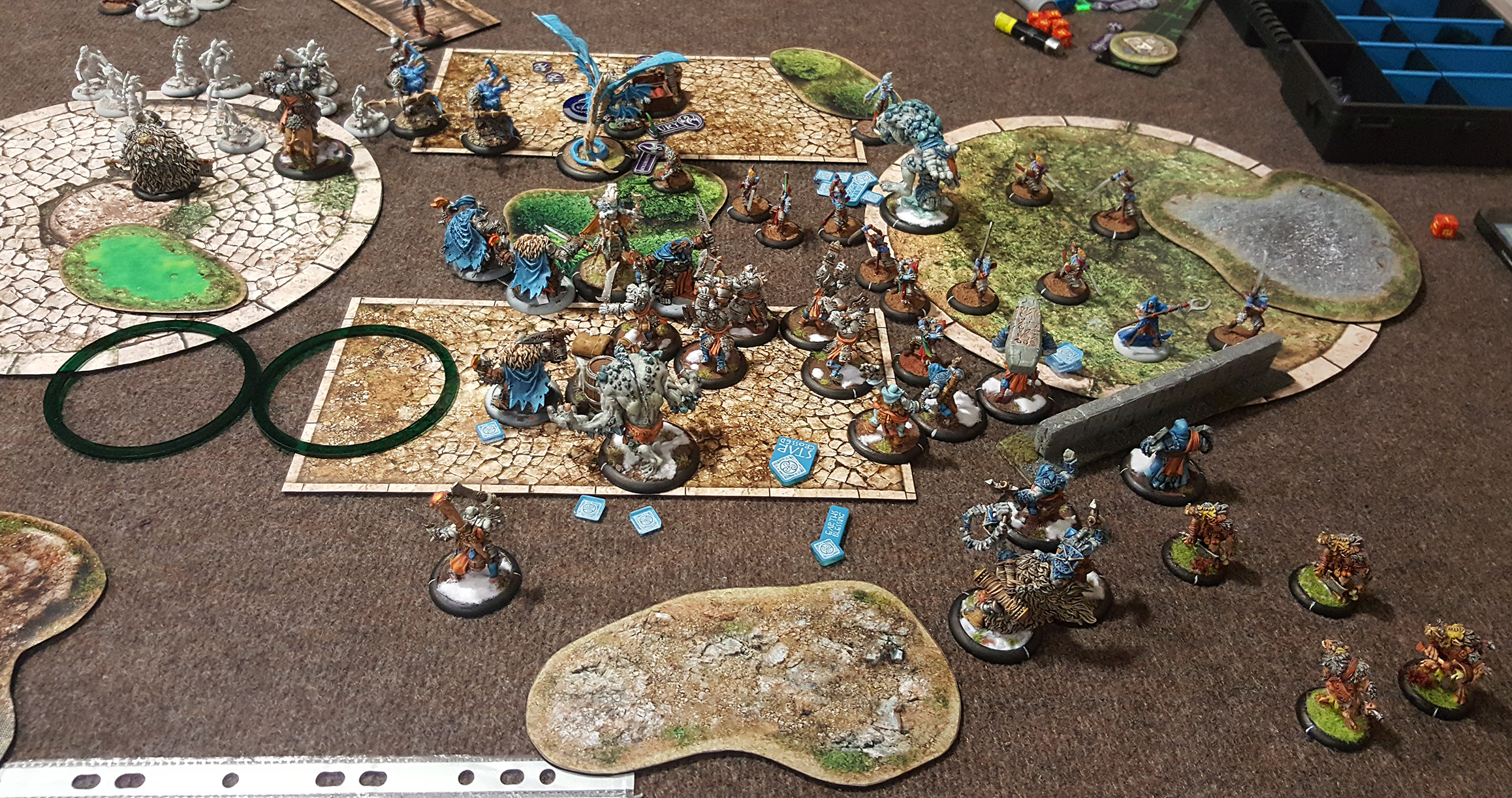 Next turn Maciej continued to kill my models. He put Fury on the Swordsmen and they killed Earthborn. Zuriel romoved my objective. Archers and friends failed to take the left zone – Valka tuoghed and cannot be targeted by more range attacks thanks to Feigh Death. Horthol (dismounted after Bolt Thrower attacks) was missed by charging Warlord – (he rolled snake eyes for attack, so no cleave onto the knocked down Valka. Legion scored another 3 point, and it was 4:0. Pretty bad for me.
Last chance for Trolls – CK. Fyanna has no fury on her. Runebearer reduce cost of one spell. Pigs crafted talisman (+2 rng to warlock spells). Calandra activates, cast Beffundle on one Swordsmen to clear line of sight to Fyanna, and then boosted Misfortune on Legion warlock. She hits, knocking her down and hurt her for 3. I cast another Misfortune, but failed to dmg. 2 Raiders threw a bomb on Fyanna, but she survived on 6 boxes and I didn’t crit, so no continous fire.

Maciej easily cleared left zone and scored another 2 points. 6:0 to Legion. The end: 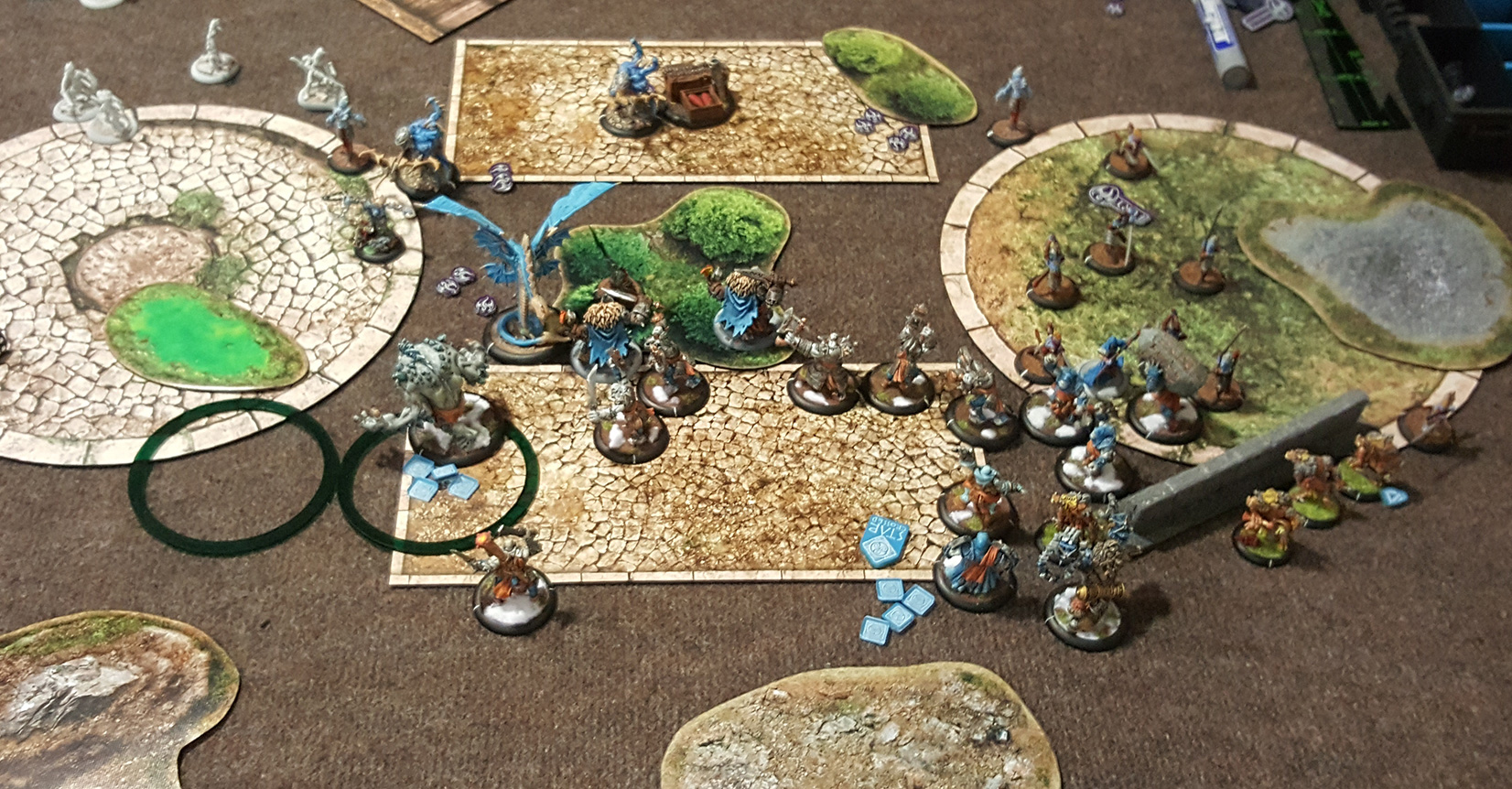 After that game, I think I should drop my Doomy3 list. I could negate Fyanna feat by simply feat with Doomhaper, and slowly grind through the Legion infrantry, trying no to loose to many control points at the beggining and chase Maciej on scenario in subsequent turns. Maciej think I made a mistake deploying Raiers in front of the Archers, giving them for free. And I must agree. On the other side of the table, Maciej didn’t make a major mistake the whole game.
Thanks!