One Deliverer Skyhammers unit are proxied by Zealots. 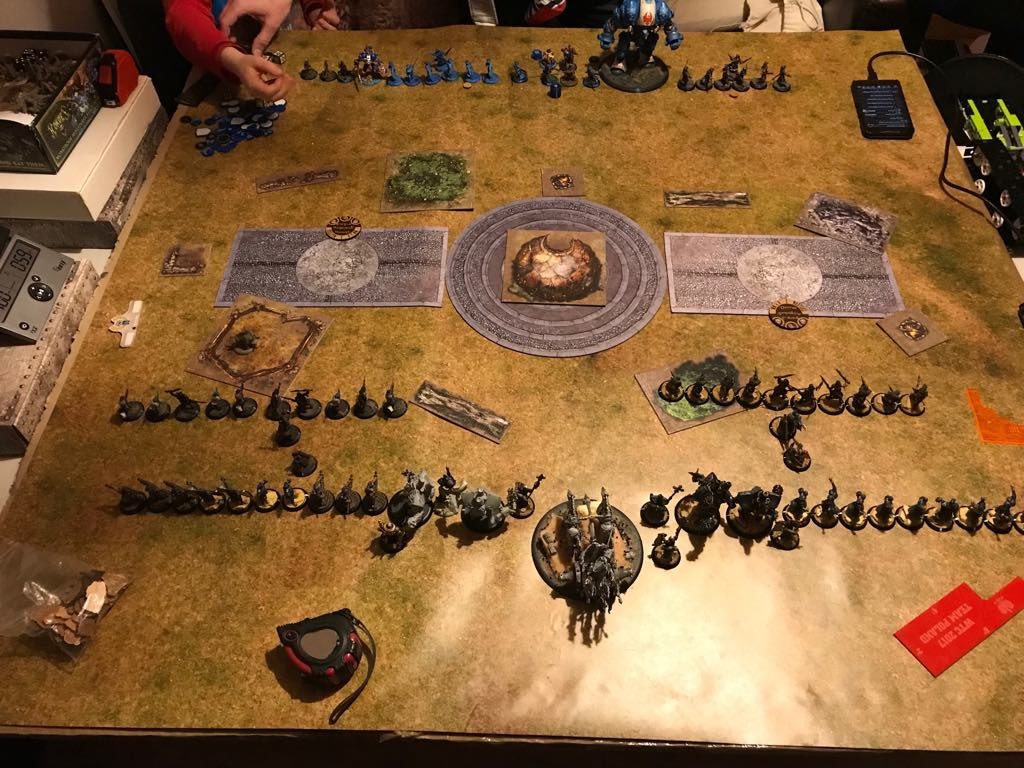 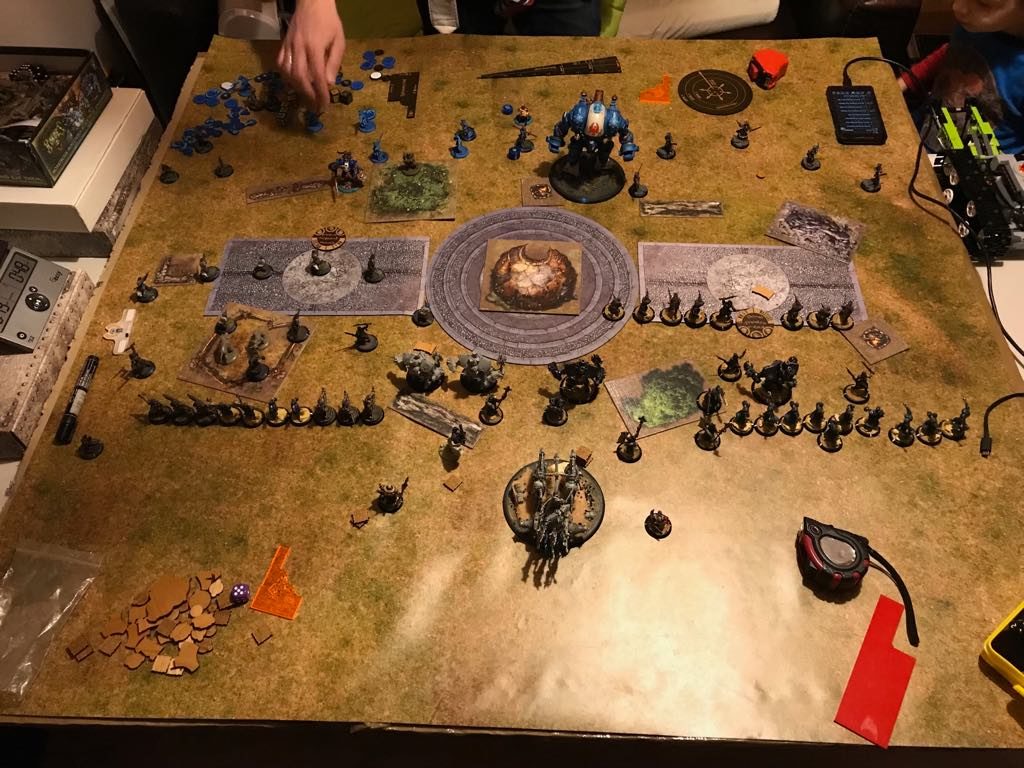 Hurricane came to the middle zone and started shooting at my models.
Haley cast 2x Deadeye on Gun Mages units, who killed a lot of Idrians and left Deliverers.
She also said FEAT.

Idrians and Deliverers shot a lot of Cygnar’s infantry.
Choir said Shielding again.
Reznik cast Boundless Charge on the Crusader, who charged and destroyed the objective.
The other three Crusaders ran to the zones. 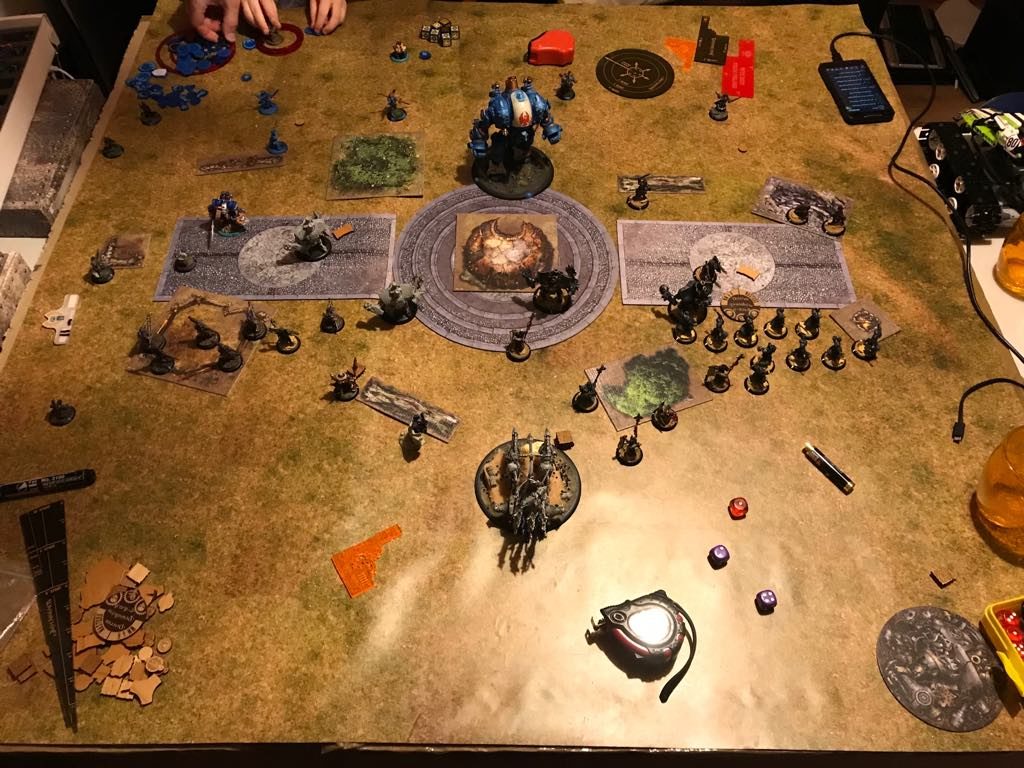 Hurricane charged at Crusader (this one with Fortify) and left him on few dmg boxes.
Thorn stepped aggressively forward and disrupted two Crusaders.
Black 13th and Haley’s Chain Lightning killed almost every model on the left flank.
Someone ran to contest the right zone.

My forces dominated the right flank – literally.
On the left flank, I killed few models + Thorn.
Reznik came to the safe place. 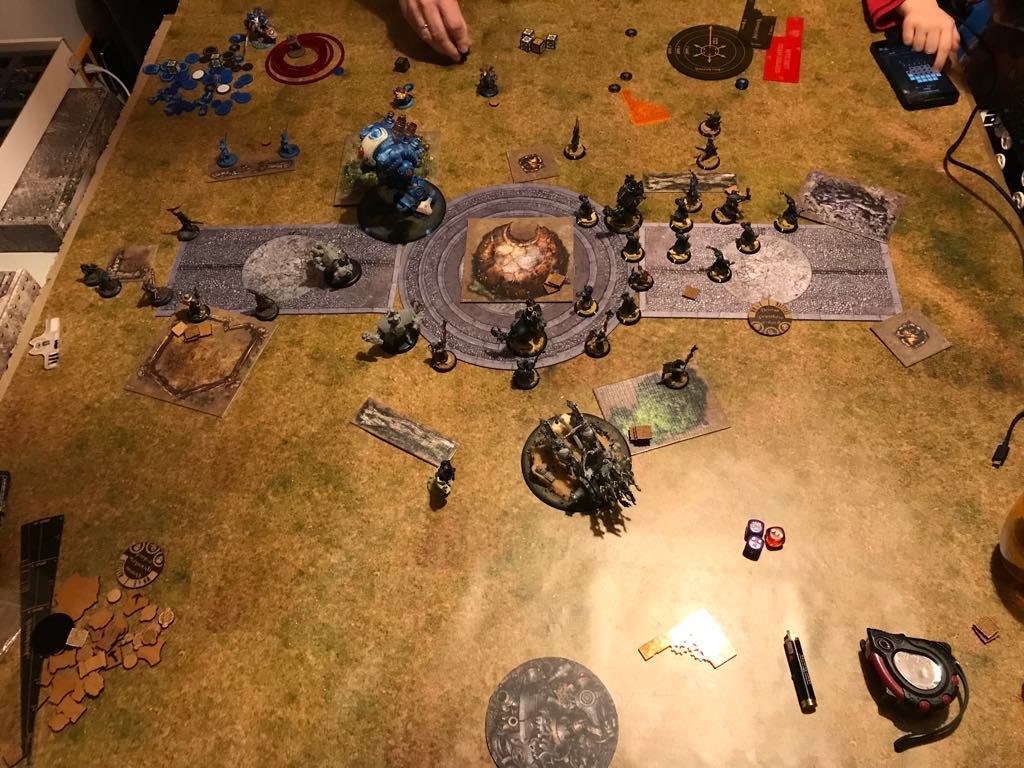 Hurricane took care of two Crusaders.
He also scored a point in the left zone.
Unfortunately, no one was able to contest the right zone.

Reznik cast Spellpiercer and came to the safe place.
My whole army started to shoot/attack the Hurricane.
Unfortunately, he survived on 4 dmg boxes 🙁 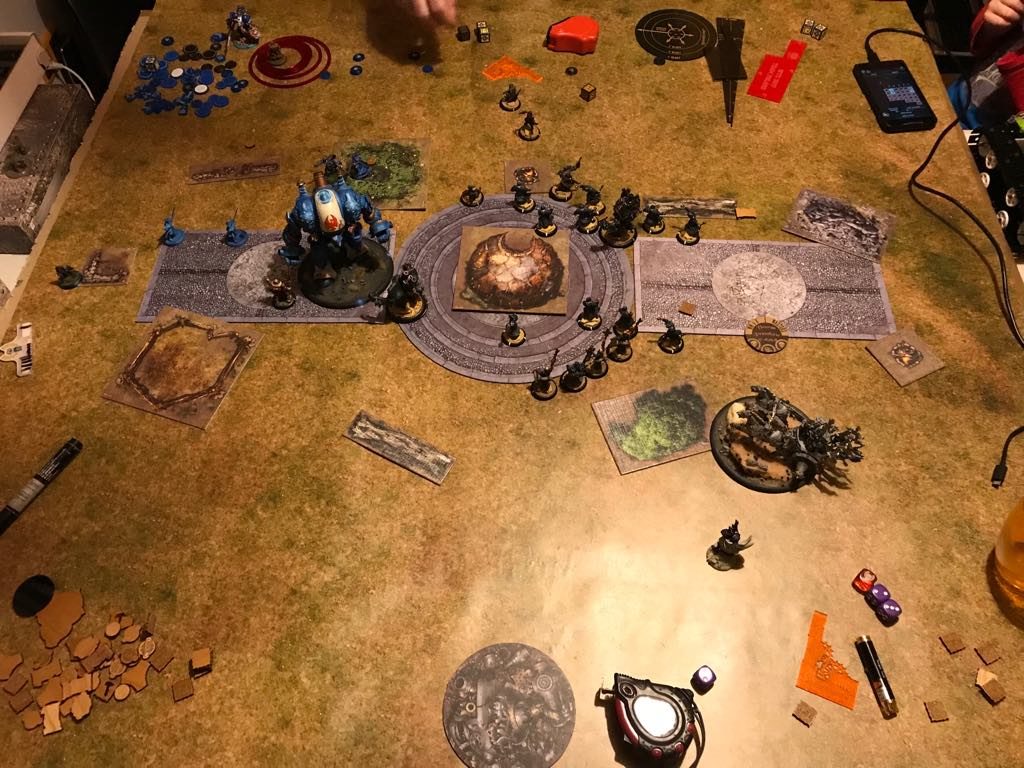 Cygnar did everything to clear the left zone.
Unfortunately, it did not work 🙁
No one was able co contest the right zone, so I scored a final point there. 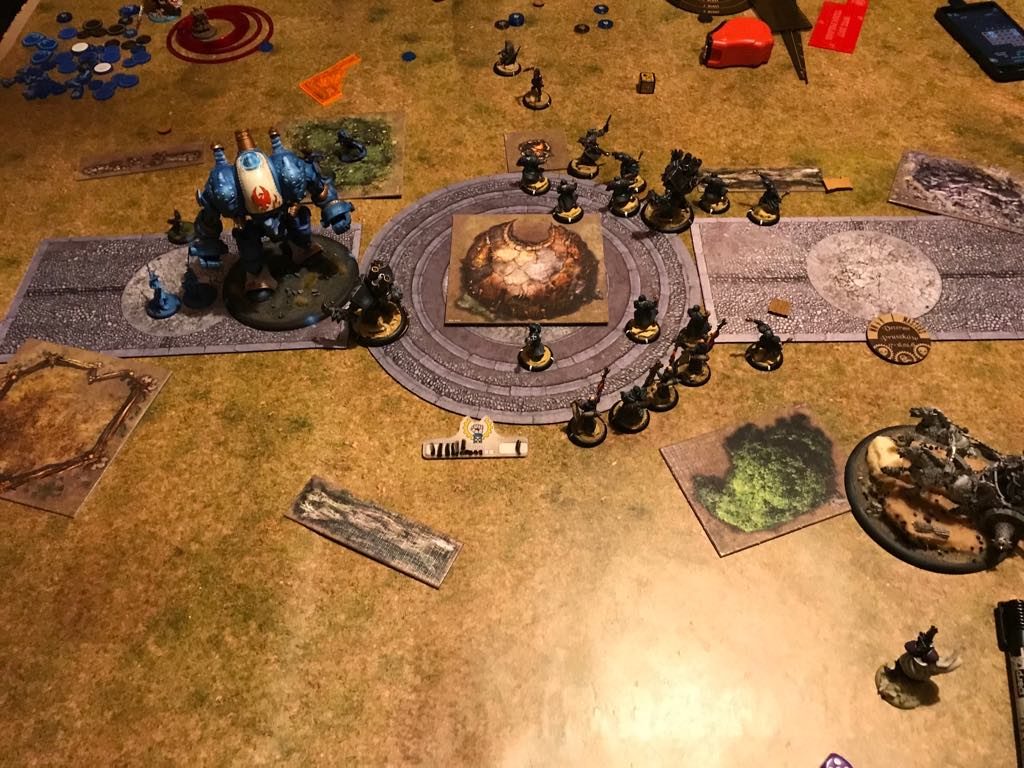