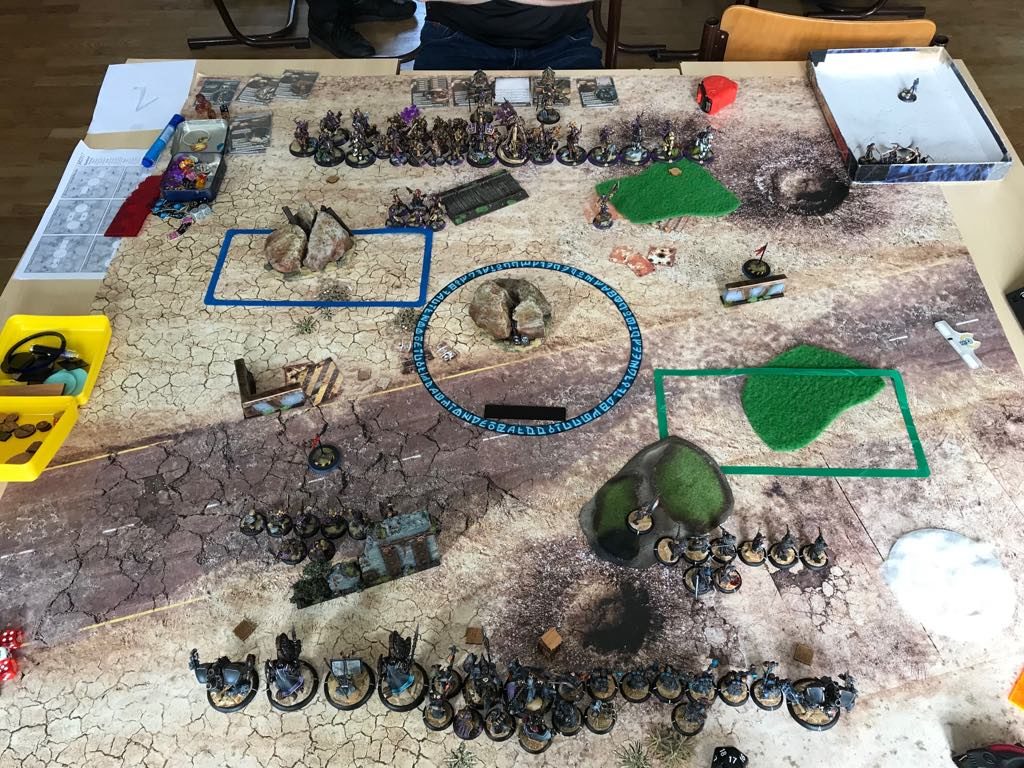 Harbinger ran behind the wall.
Devout came b2b with her.
Rest of the army ran into positions.
My opponent did not have shooting models in the list (except Nicia).
It helped me in positioning my models. 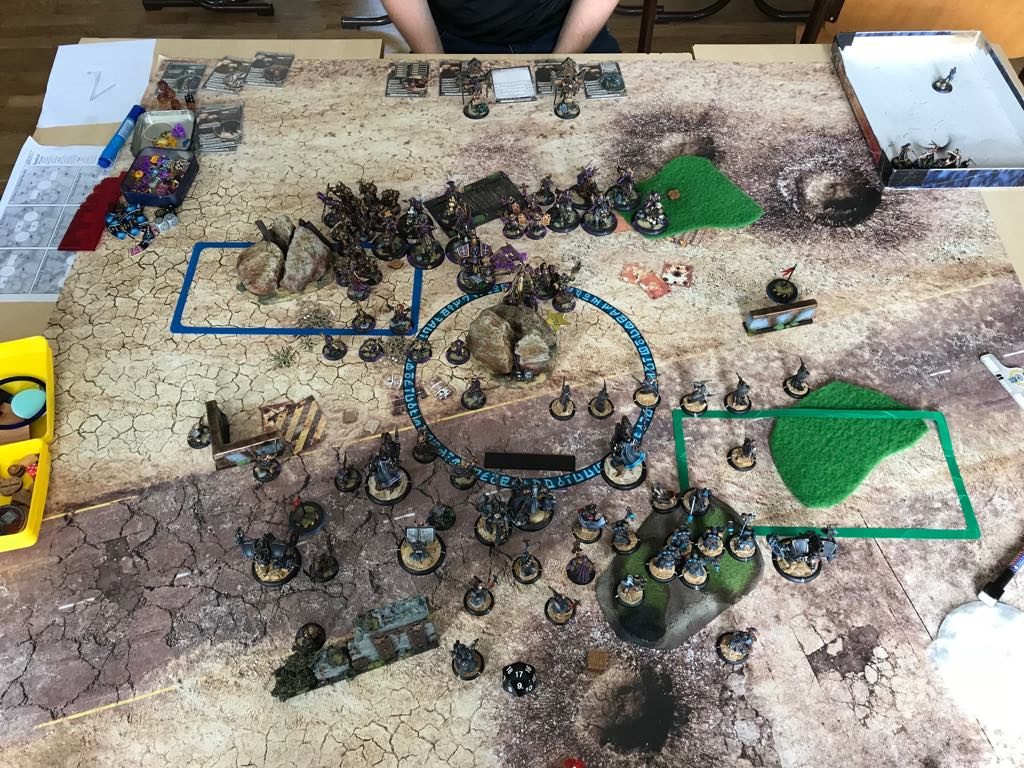 Enemy Harbinger looks very inviting..
I measured few things and I am able to charge her by Champion and one Idrian.
It does not cost me much, so I decided to try it.
Harbinger cast Guided Hand two times – on right Idrians and on the right Champion.
She also said FEAT.
Champion charged at enemy Harbinger, hit and dealt 12 dmg to her!!!
Setting her on fire..
Now, Idrian charged.
He suffer dmg from enemy Harbinger FEAT, but I used Martyrdom to save him.
Also, Devout decided to make his Defensive Strike.
I used Martyrdom second time to keep my model alive.
Idrian needed “10” to hit.
And he hit.
All he need to do now, is to roll “12” on charge dmg roll.
Guess what happened?
He killed her!

It was so, so lucky.
I’m sorry about that.

This CK attempt should dealt 11 or 12 dmg to Harbinger + possibly fire in the next turn. 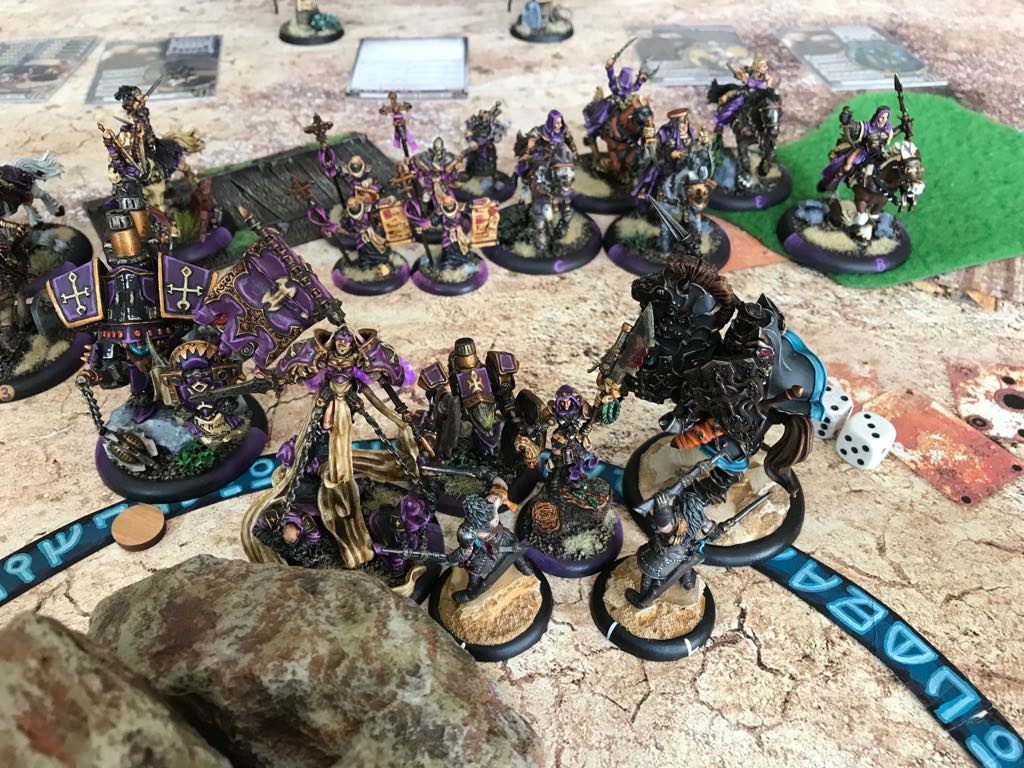