This list has 2 points less now.
I played it when PoM CID started.
Probably Bastions and FoS were more expensive then. 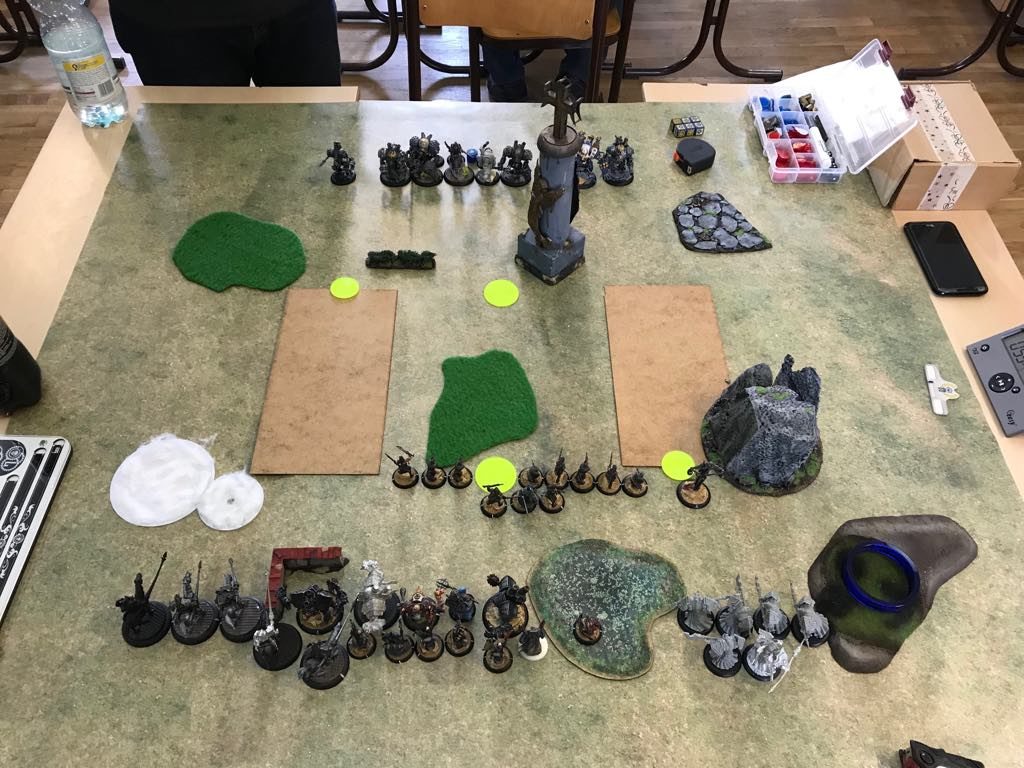 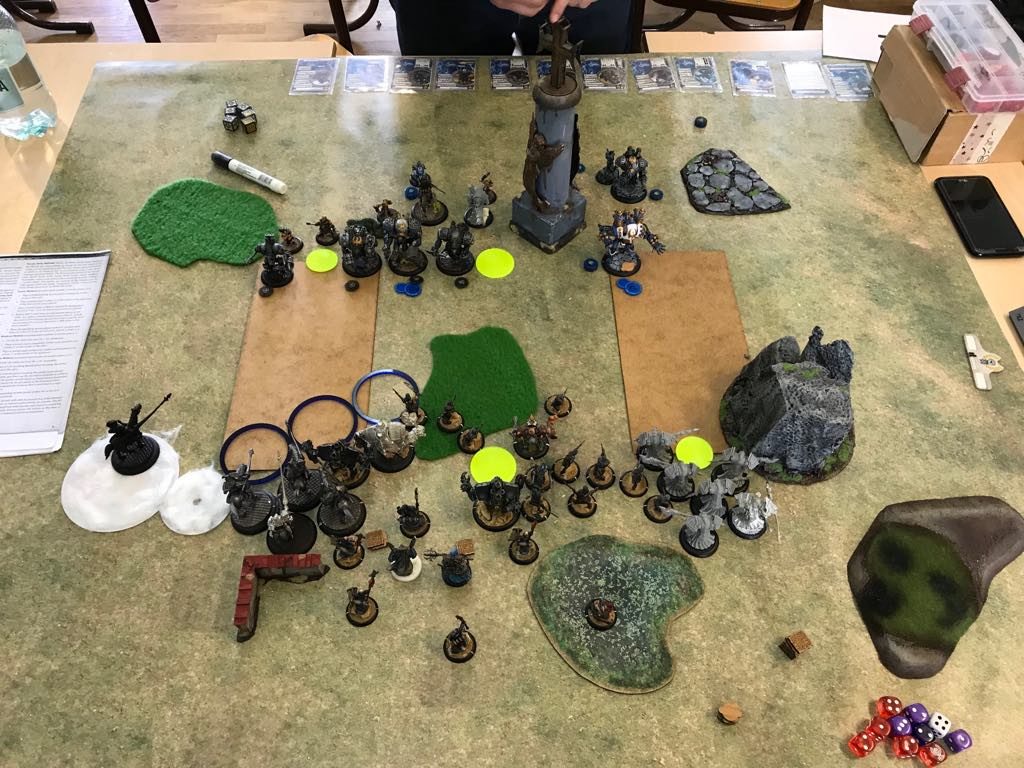 Thunderhead started shooting at Bastions.
He killed two of them and wounded the others.
Kraye cast Horsepower + FEAT.
Centurion charged at my Idrian in the cloud, to reach FoS.
He barely survived, literally on 3/4 boxes, without mace arm and cortex.
Arlan repaired Thunderhead a little bit.

Choir said Battle.
High Reclaimer cast Hand of Fate on left Crusader.
He also create one cloud b2b with the forest.
Left Crusader took care of the Centurion.
Idrians, Repenter and one Bastion destroyed the Thunderhead.
Bastion Seneschal came b2b with the right flag.
Vengers stayed in position.
One of them ran to engage two Jacks. 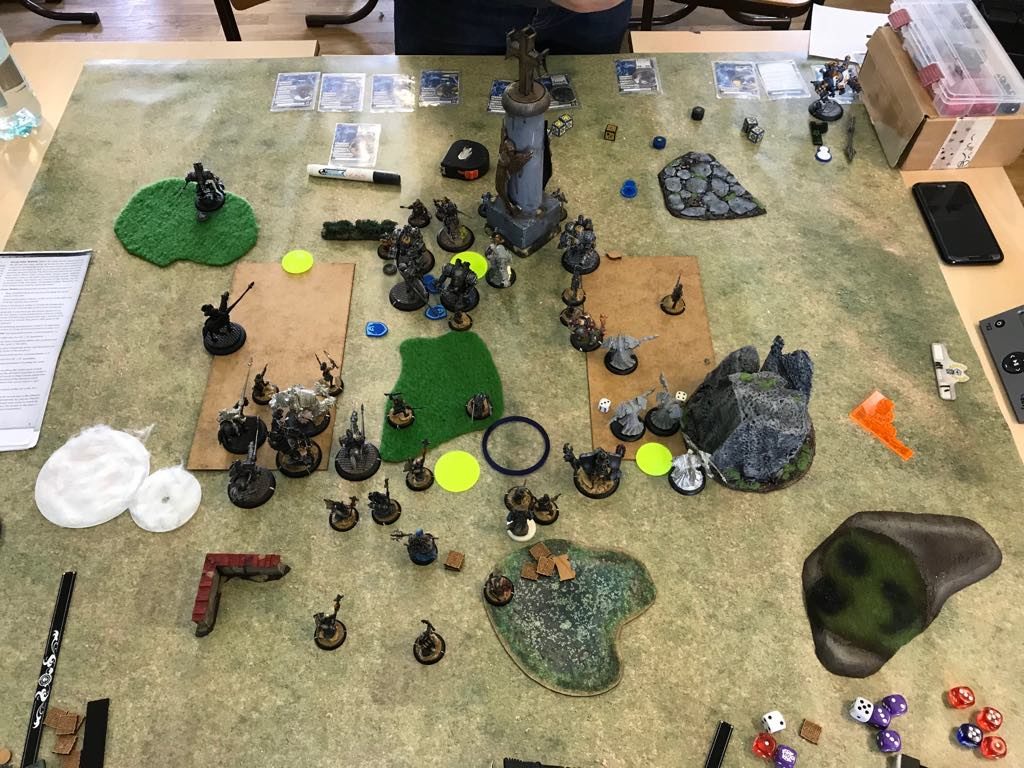 Severius ran forward, to “gave” Eye of Menoth to as many models as possible.
High Reclaimer said FEAT.
He resurrected few Idrians and Bastions.
All I need to win, is to score 3 scenario points.
The left zone is guarded too well.
I need to destroy the objective and Defender in the right zone to score 2 points.
Bastion Seneschal will score 3rd point b2b with the right flag.
With ease, I managed to destroy the Defender and objective. 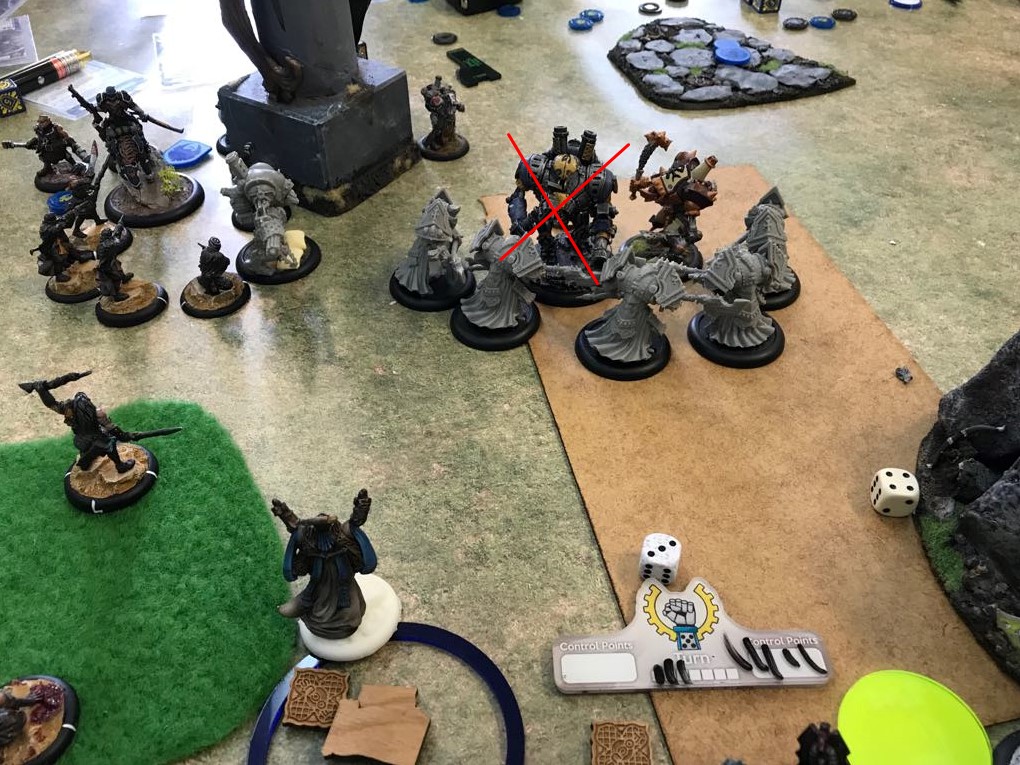