This list has 3 points less now.
I played it when PoM CID started.
Probably Officers and Gravus were more expensive then.

Cygnar was lead by Shonsu.

Brisbane cast High Ground and Hallowed Avenger on Triumph.
He also placed his Rocket Turret.
Left Stormblades ran to the hill (created by Brisbane).
Right Stormblades ran behind the wall.
Stormguards ran as far as possible. 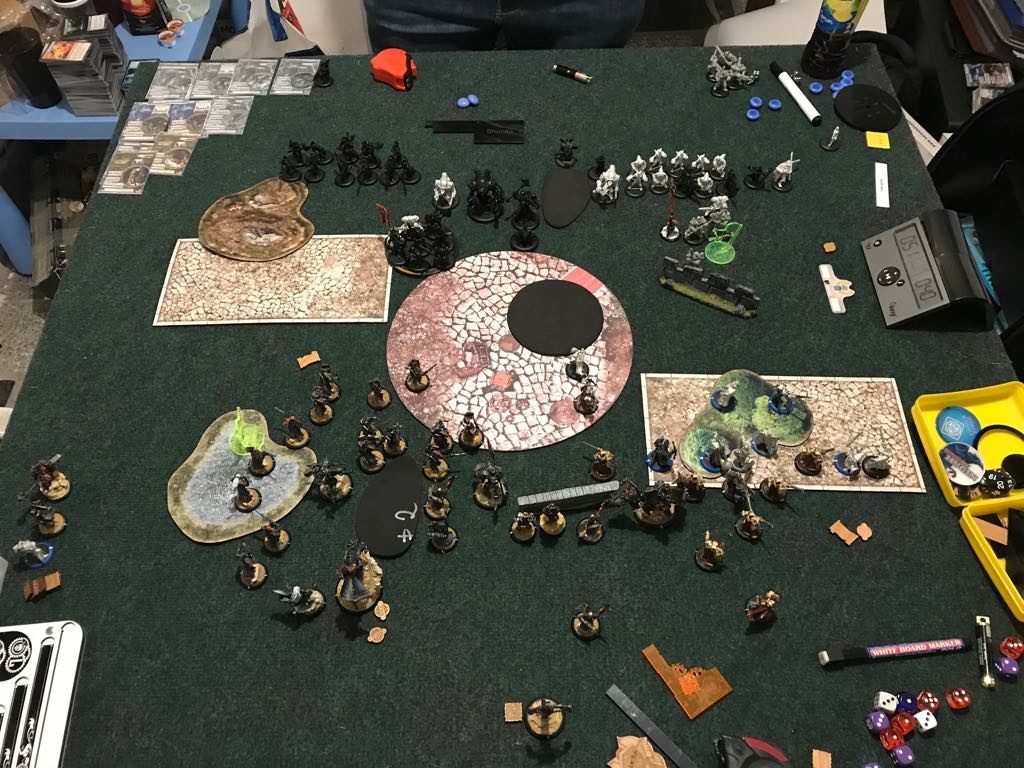 Elias Gade and Errants shot few right Stormblades.
KES ran to contest the flag.
Templar came to the right zone.
Choir said Passage.
On the left flank, Gravus came b2b with the flag.
Errants charged at left Stormblades, killing a lot of them.
Vindictus stayed behind the wall and said FEAT.

Brisbane cast High Ground again.
Right Stormblades stayed on the hill.
One of them came to contest the right zone, but he hit and dmg one of my Errants..
Which means he died, because of Penitence 🙂
The zone is mine!
On the left side, Cygnar tried to kill models in the left zone.
Unfortunately, three of them survived. 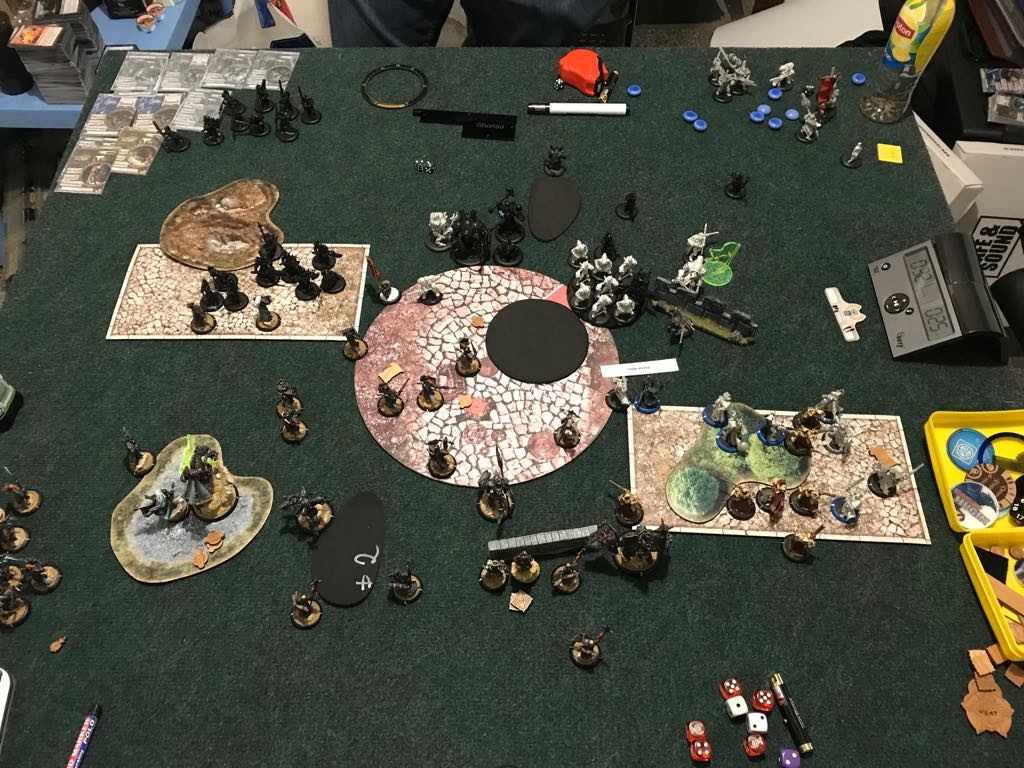 Subsequent turns consisted in killing as many models as possible + scoring/contesting.
After a hard fight, I took the lead on the scenario.

Templar with Def Ward ran to contest the right flag and I switched the clock.
The situation on the table looks very good for me. 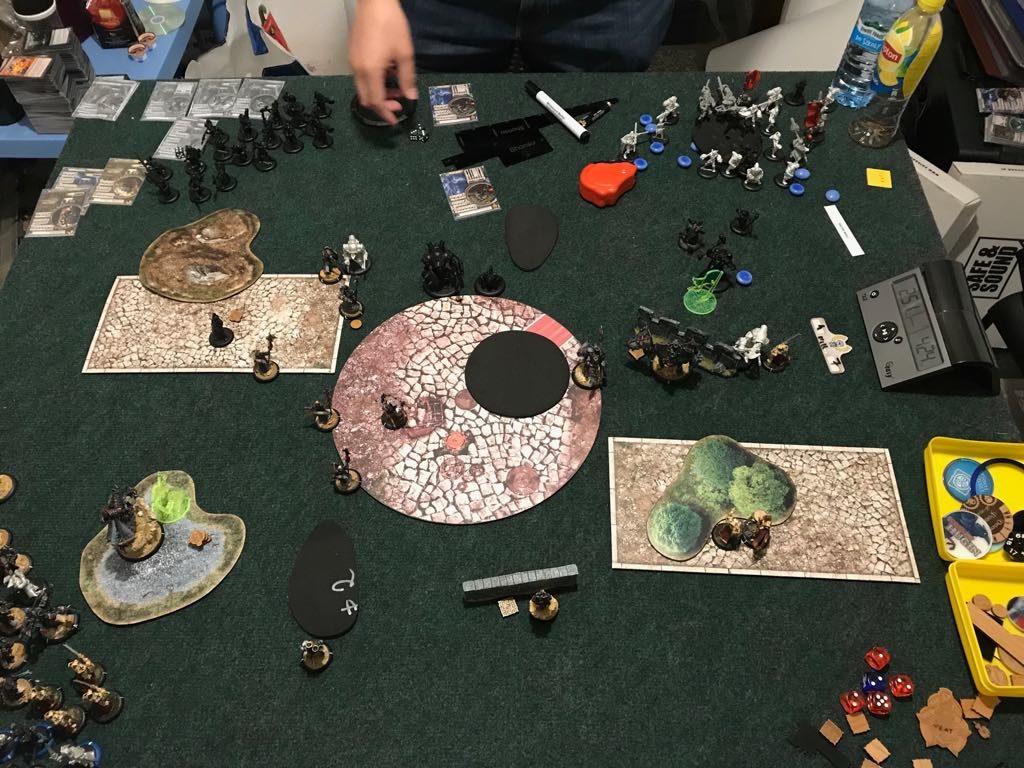 Now, my opponent need to destroy the Templar.
Otherwise, he will lose the game.
Brisbane cast Fury on himself and jump on Templar’s back.
Which means 4x pow 18 attacks.
Of course, Templar survived and we ended the game. 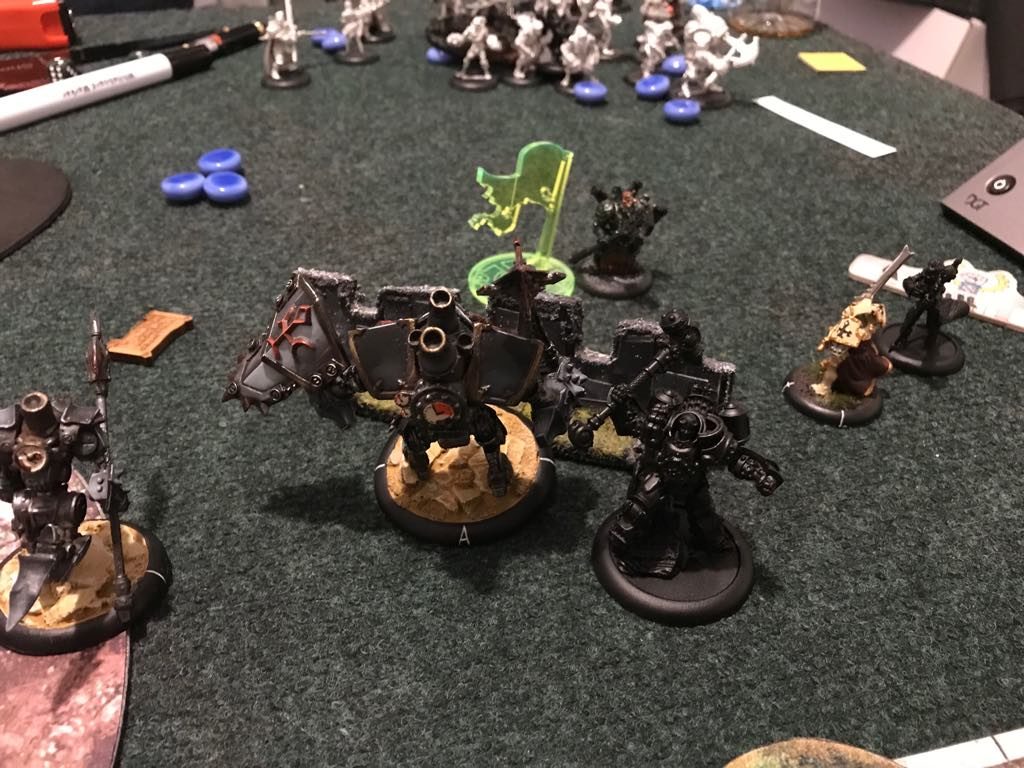