This list has 3 points less now.
I played it when PoM CID started.
Probably Officers and Gravus were more expensive then.

Skorne was lead by Paweł Blados.
My WTC Captain and one of the best Polish players. 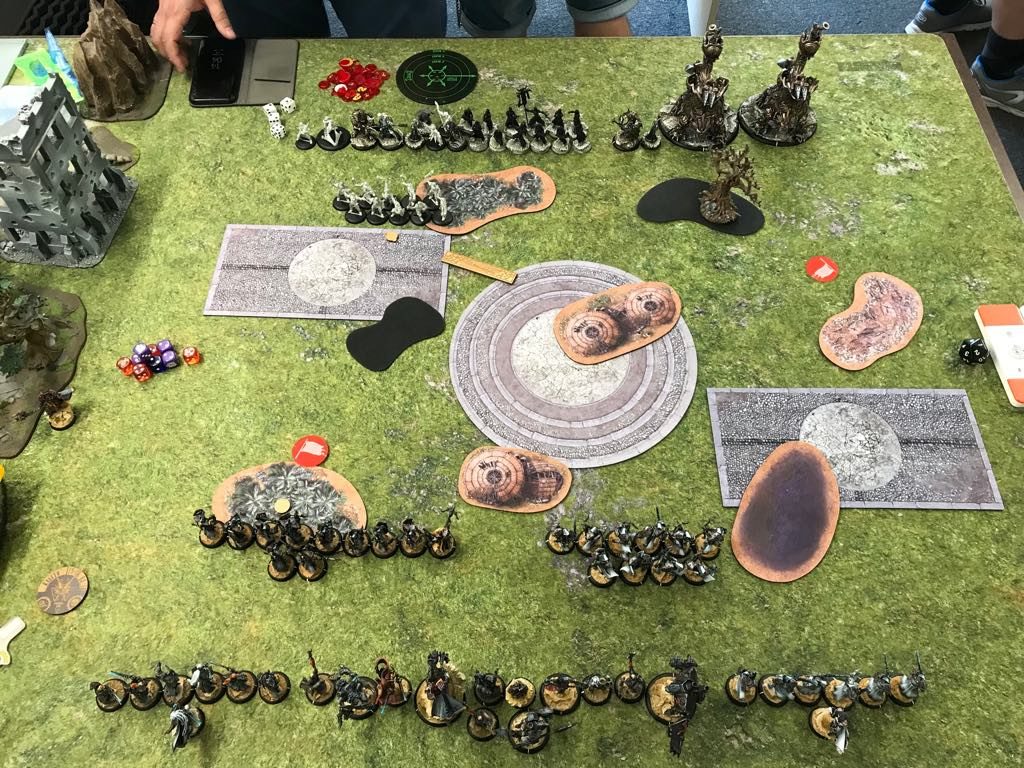 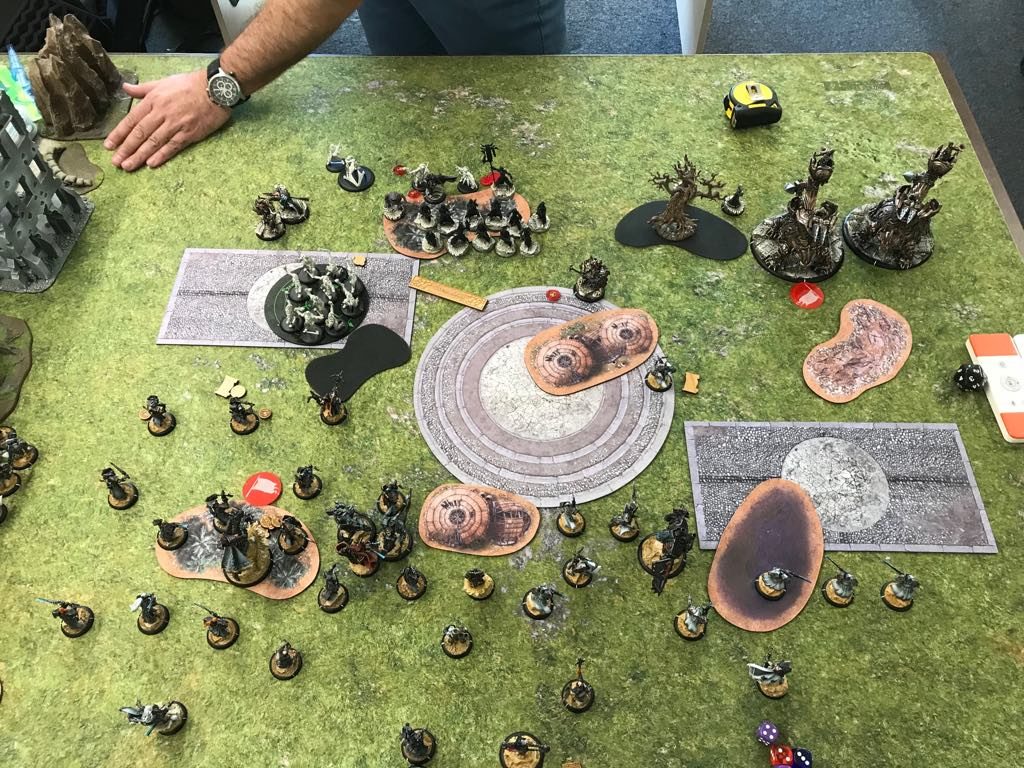 Extoller Soulward gave Magical Weapon to Turtle, who shot few models.
Second Turtle charged at Templar, deal few dmg, knocked down him and Repo outside of Templar’s reach.
Jalaam said FEAT + cast Deadeye on Slingers.
Few of them came forward.
Rest start shooting on their back, to inflict corrosion to my models. 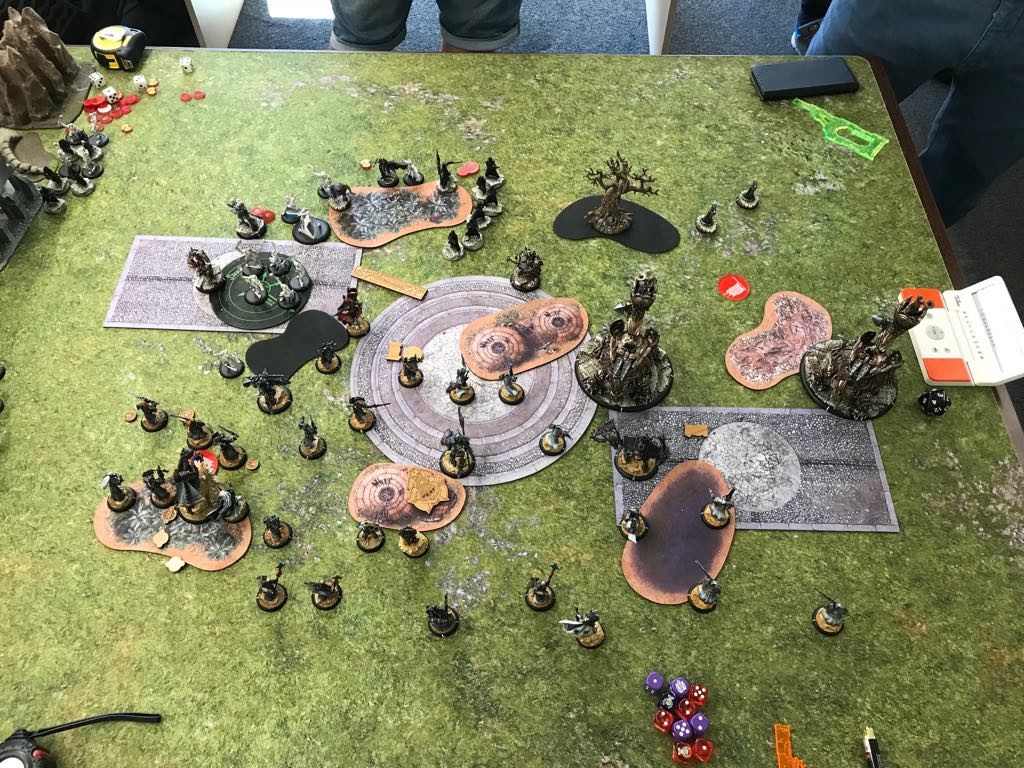 On the left flank, Dervish and Errants killed few Slingers.
Gravus stayed b2b with the left flag to score a point there.
Knights took care of the Turtle.
They also dealt some dmg to another one. 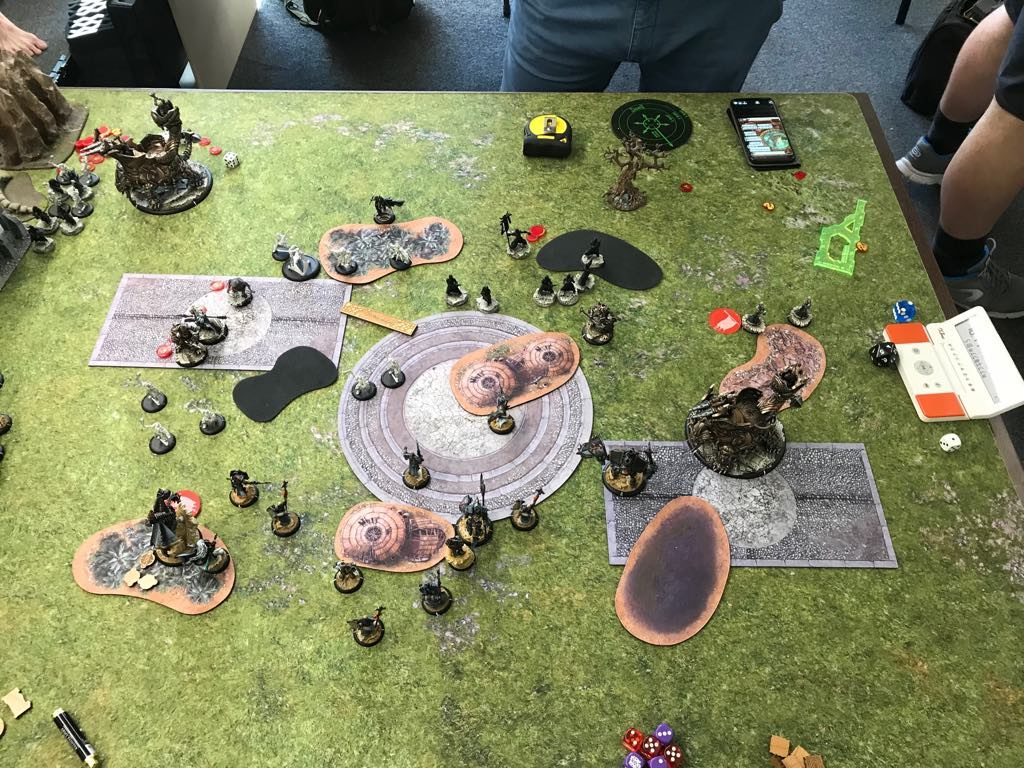 I killed 4 models in the middle zone.
Knights scored a point there.
I did everything to kill Turtle, but it survived on few dmg boxes 🙁
Gravus scored on his flag.

Paweł just killed what was possible to kill and scored few scenario points. 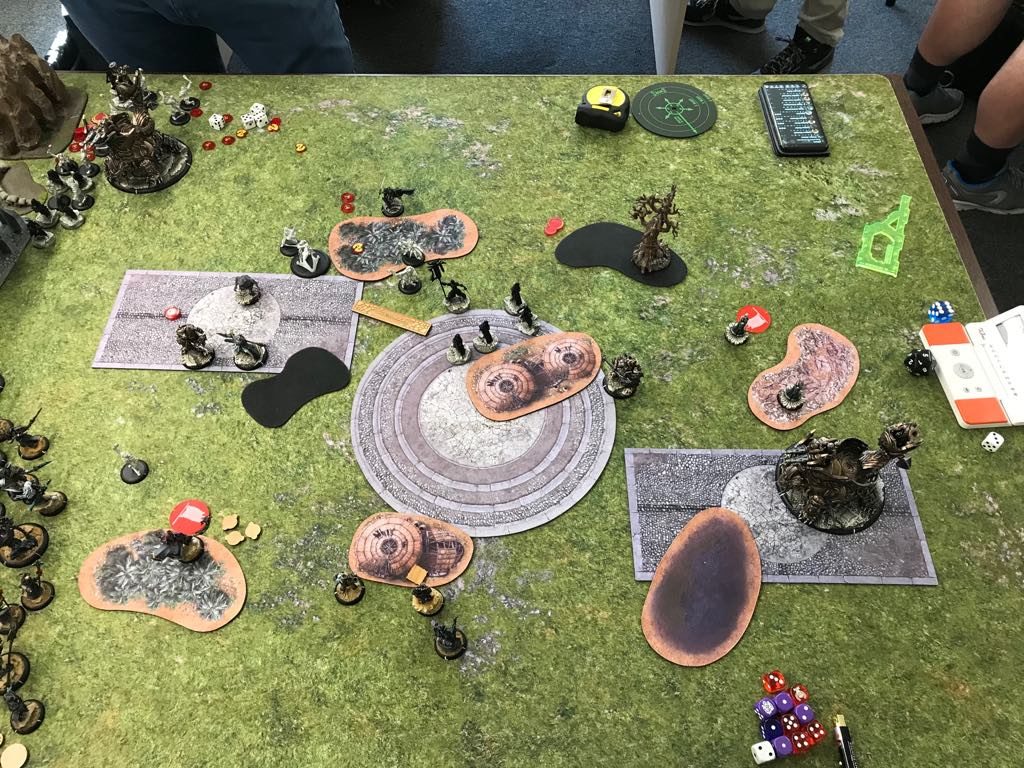 To be honest, it is impossible to win this game now.
Gravus killed a model contesting his flag.

Vindictus just ran to face the Turtle and die with honor : 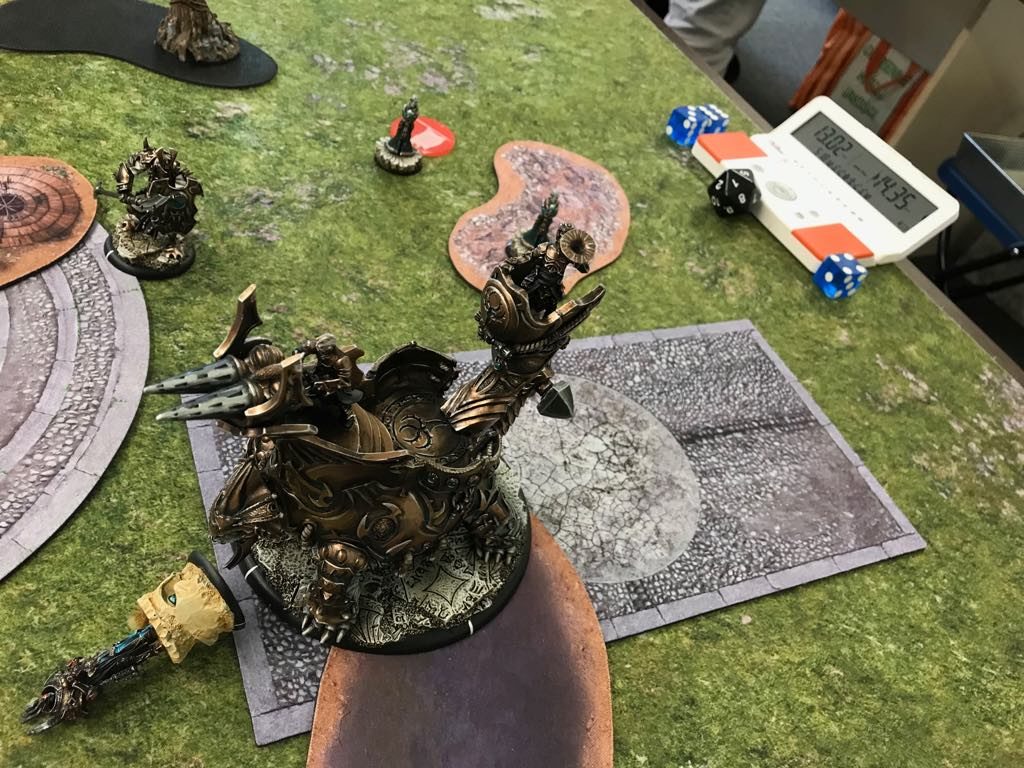 I lost the game by CK/scenario.