This list has 1 point less now.
I played it when PoM CID started.
Probably Gravus was more expensive then.

Cryx was lead by Wiktor Harężlak.
My WTC teammate. 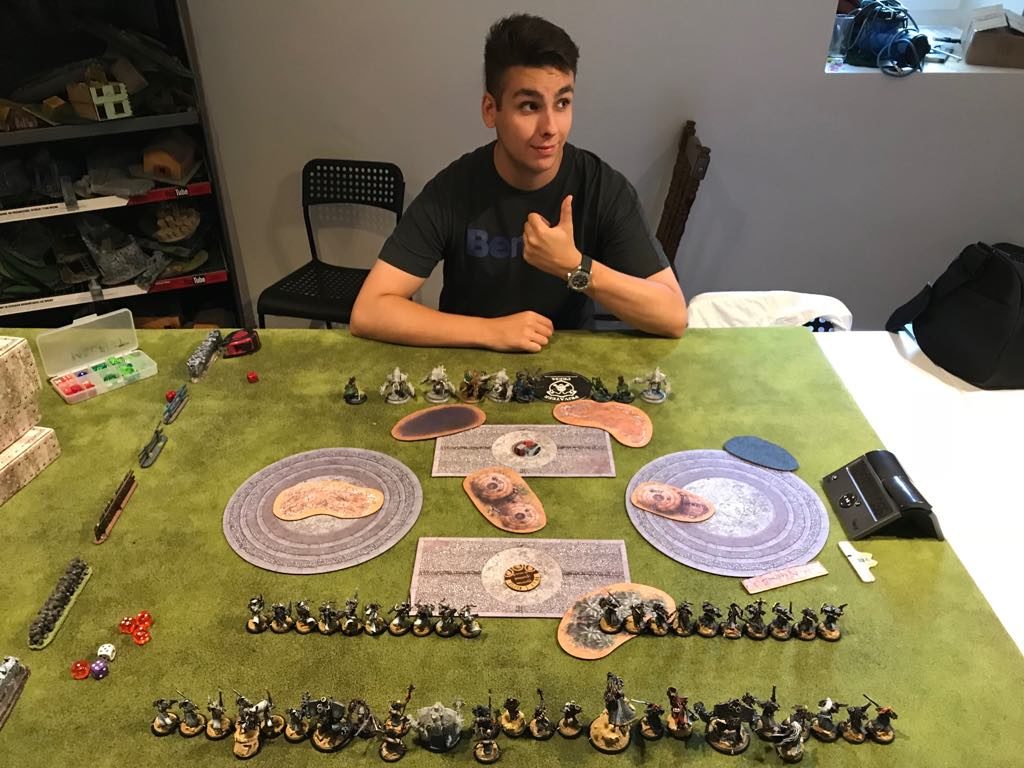 Asphyxious cast Mobility + Ashen Veil on Malice.
Malice ran as far as possible.
Kraken started shooting at models near Malice, to give her few souls. 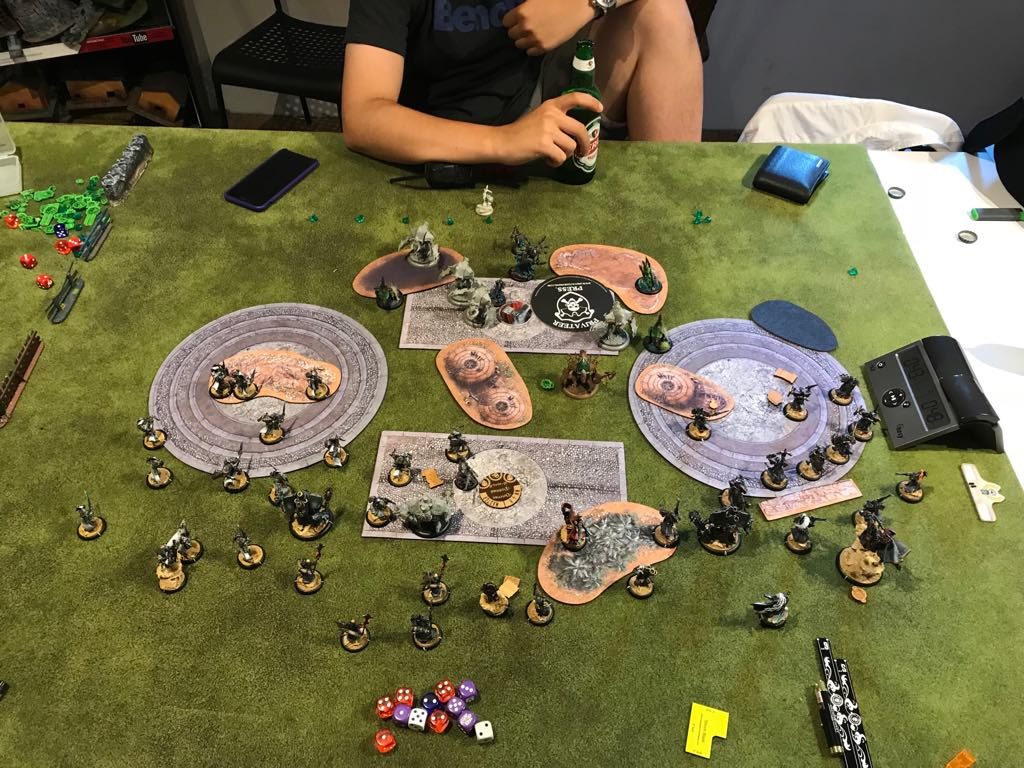 So.. Malice is now DEF 13/15 and ARM 25..
I send few models with hope to destroy Cortex or something, but without success.
On the right flank, Errants destroyed Nightwretch.
Vindictus cast Admonition on middle Crusader.

Wiktor started thinking about CK.
It took him a lot of time, but after measuring everything, we agreed that CK is not possible.
Kraken easily took care of my models engaging Malice.
4-inch reach is a thing.
Left Nightwretch ran to contest my zone.
Asphyxious cast Ashen Veil on Slayer in the left zone. 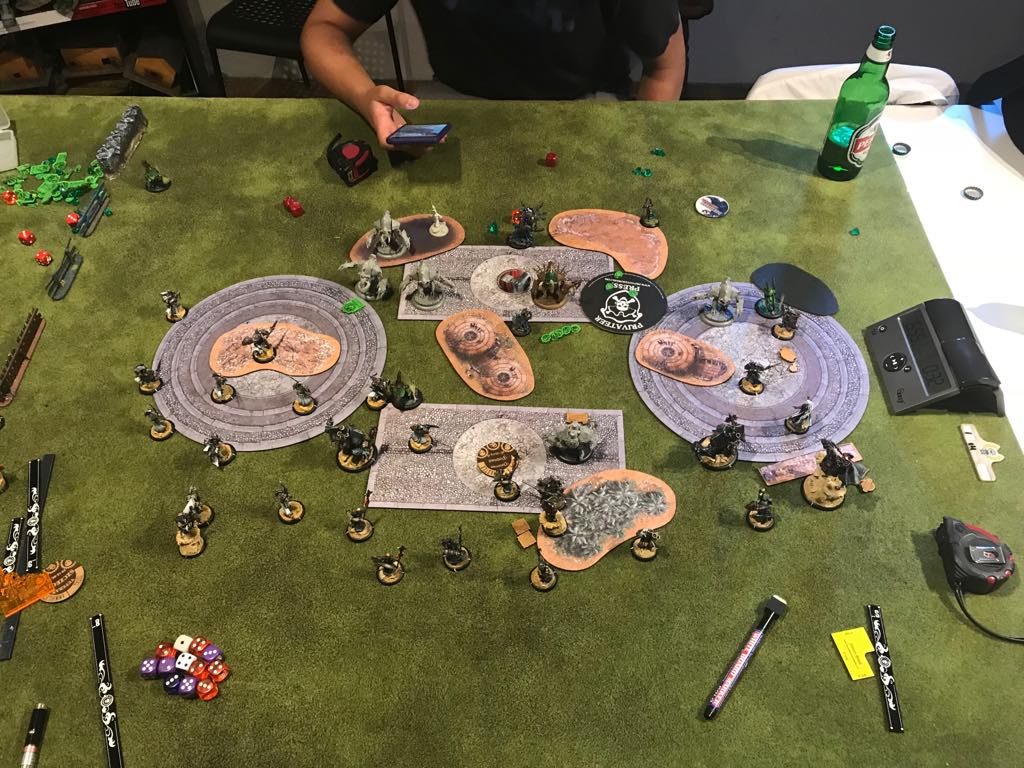 Vindictus cast True Path + FEAT.
I easily destroyed Nightwretch in my zone.
Gravus took care of Scavenger in the right zone.
Someone ran to contest Wiktor’s zone.
Left Knights used their mini feat and charged at Slayer.
Unfortunately, DEF 15 was too much for them..
Only 2 Knights hit!
Rest of the models were trying to be problematic for my opponent.

Wiktor stared his turn with 5-6 minutes on the clock.
He did what he can, but in the next round time just ended and I won by deathclock.