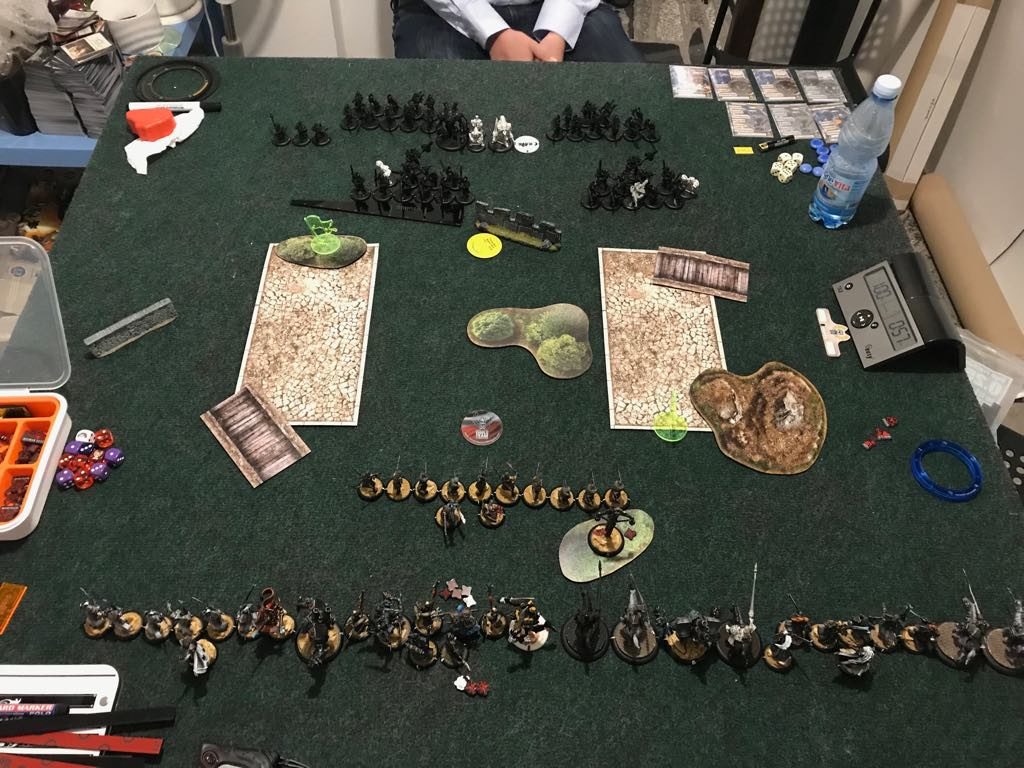 Cygnar was lead by Shonsu.

I went first – which helped me a lot.

This game lasted a long time, but Idrians proved their worth.
Prey, Hand of Fate and HR’s FEAT.. it is just amazing.
Unfortunately, Vengers wasn’t the best choice..
I really wanted to try them, but after this game, I replaced them by Errants.
During the game my opponent tried to shot HR, but Triumph missed his shot and nothing terrible happened.
I had cloud advantage in this matchup, which helped to hid my models after shooting. 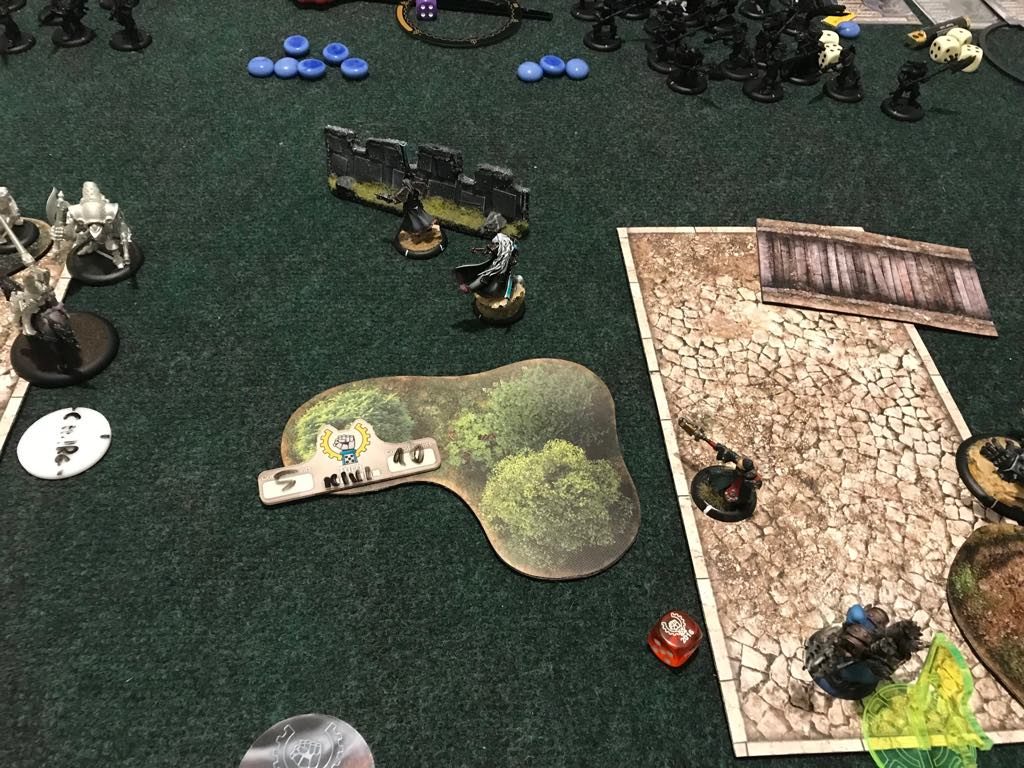 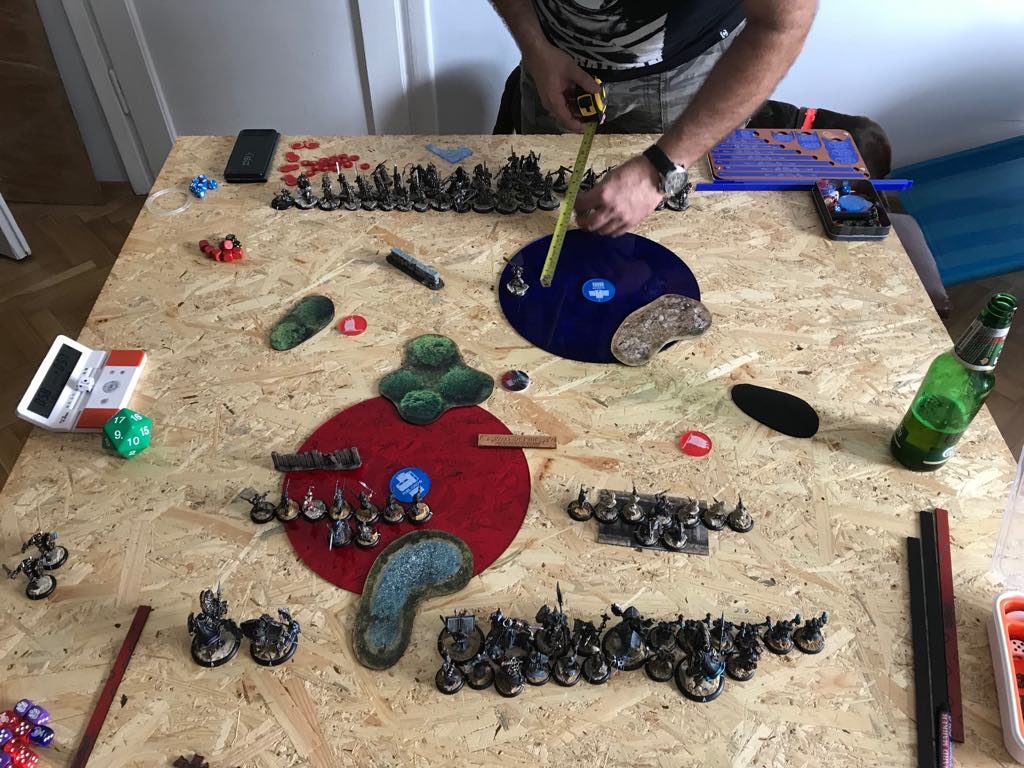 I’m going second, which is OK having 2x Idrians in AD.

Immortals ran as far as possible.

Harginger came behind the wall, cast Purification and Idrians started shooting.
They killed tons of Immortals.

In the next round, Immortals made their Vengeance movement and rad na engage my forces.
Idrians killed tons of them again, but..
I misplaced Haringer a little bit.
Which means, two Immortals are able to reach her.
Paweł cast Last Stand and FEAT.
Two Immortals charged at Harbinger and she easily died 🙁

I lost the game by CK.