And September came 🙂 It was a time to start preparation for incoming tournament in Champions format. Troll have Calandra, Doomshaper3, Borka2 and Grissel2 avaiable. I have no models for the last two, so I pick Cally and Doomie to test.

More about the tournament. It just got an Iron Gauntlet qualifier status and it’s seems there will be some veterans I can play against. I highly encourage you to come too. You will be warmly welcome for sure 🙂 More details on Facebook and on forum.

Ok, let’s move to the report and the lists:

I won the roll and choose to go first. I left Pygs ans Bears in ambush, put Champions to the left and Calandra with the beasts to the right (near that sweet trench). Raiders in advance deployment as wide as their cmd7 let them. Cygnars ranges are great, so I had in mind to keep my old granny back. Raiders run max distance forward. Beasts park in front of Cally. Bullet Dodger went to Earthborn.
Photo at the start of Filip turn, just after Strider move: 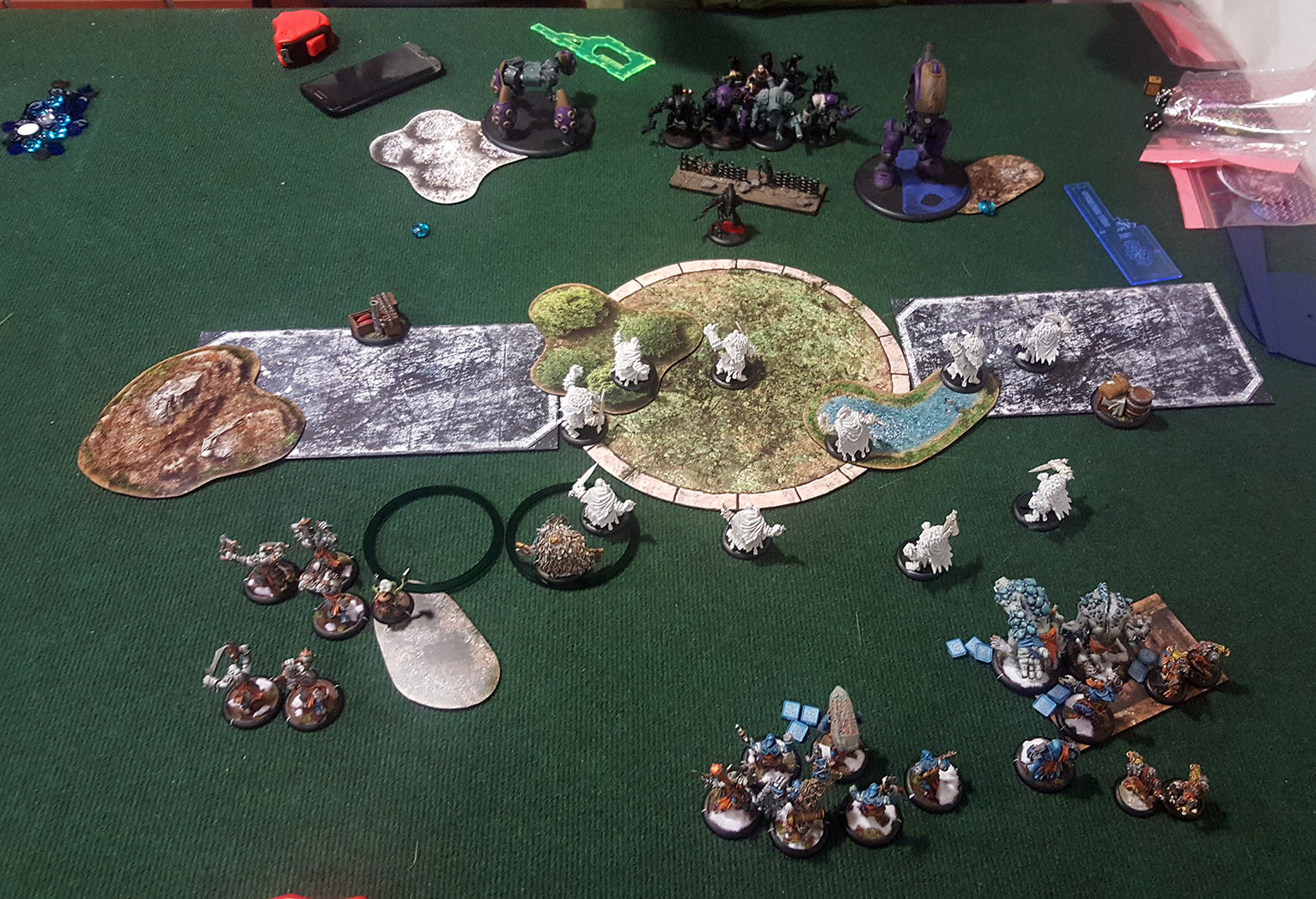 Filip shot with Striders (filled with focus after move) and some jacks killing a lot of Raiders (only 2 of them survived and I rolled for tough pretty well). Brisbane put a Fox Hole and park in it together with junior and little Caine0. 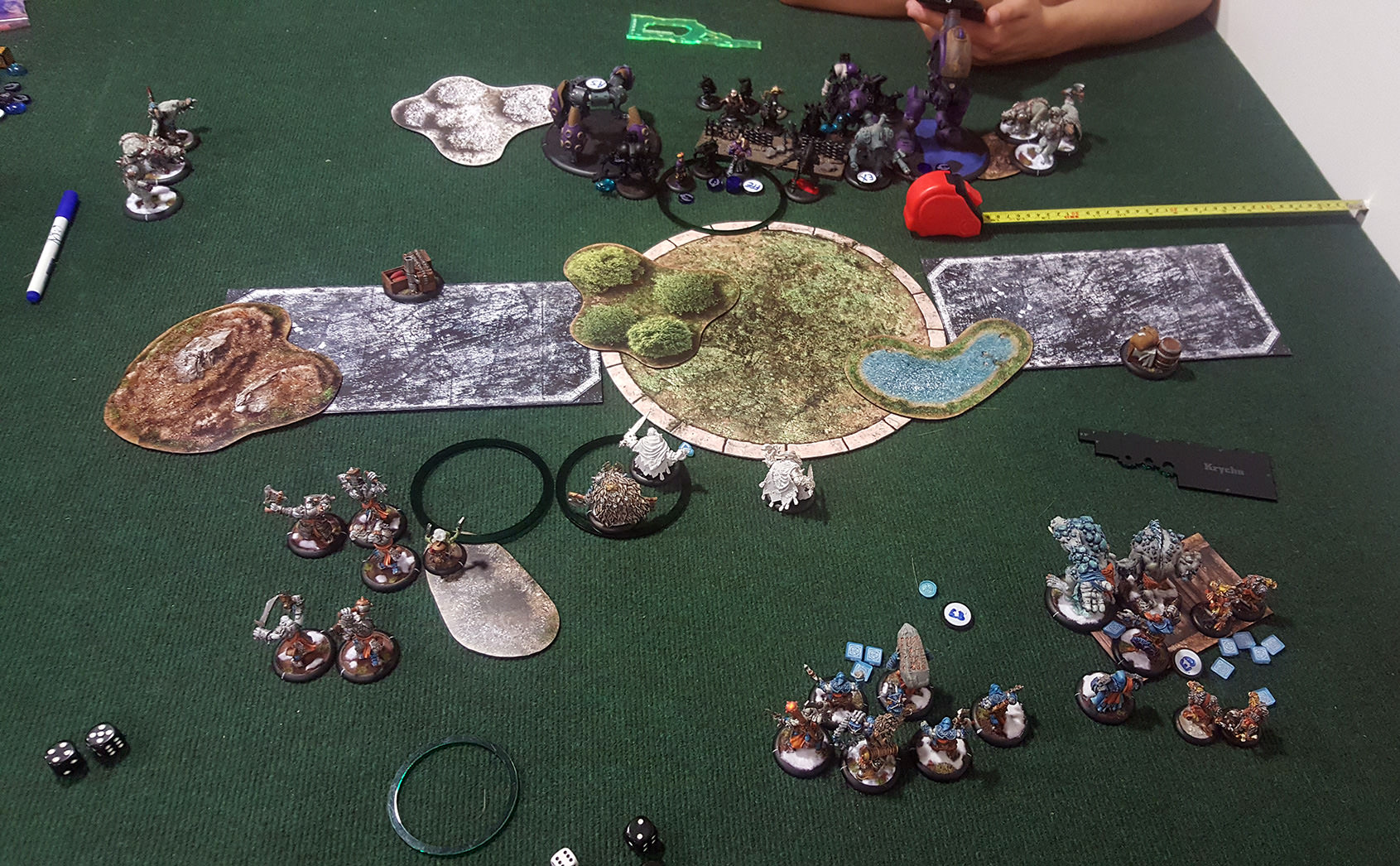 Bars ambush from the both edges. Left ones run to engage left battle engine and some jack. Right Bears charge / run at the right Storm Strider. 2 bears had him in charge range, Handler runs just behind them to prevent push from Repulsor Field. I missed one attack and engine survives on 3 boxes. Earthborn runs to the lake (+2 def and speed). He is now def16 and Dodge under Star Crossed. 3 Champions run to the hill (so they can charge objective next turn), the other 2 hid in the snow drifts. Calandra cast Star Crossed.
Cygnar turn 2. Brisbane used FEAT – every 1st attck on my models is at 1/2 armour! Ok, thats what evaporated: Both Bear units, all Stone guys besides ua, 1 Raider. Champions and Earthborn got some dmg too. I score a round zone with tle last Rider.

My turn. Earthborn is speed 7 now. I measure and it turned out I had Brisbane in range. Ok, let’s kill a caster. Bone Grinders activated and used Craft Talisman on Calandra (+2 rng to spells). Calandra activates, FEAT, come 12″ from Brisbane and cast Misfortune boosting dmg. I roll low but reroll from Fate-Blessed and dmg him, knocking him down. Earthborn charged and killed Brisbane easily: 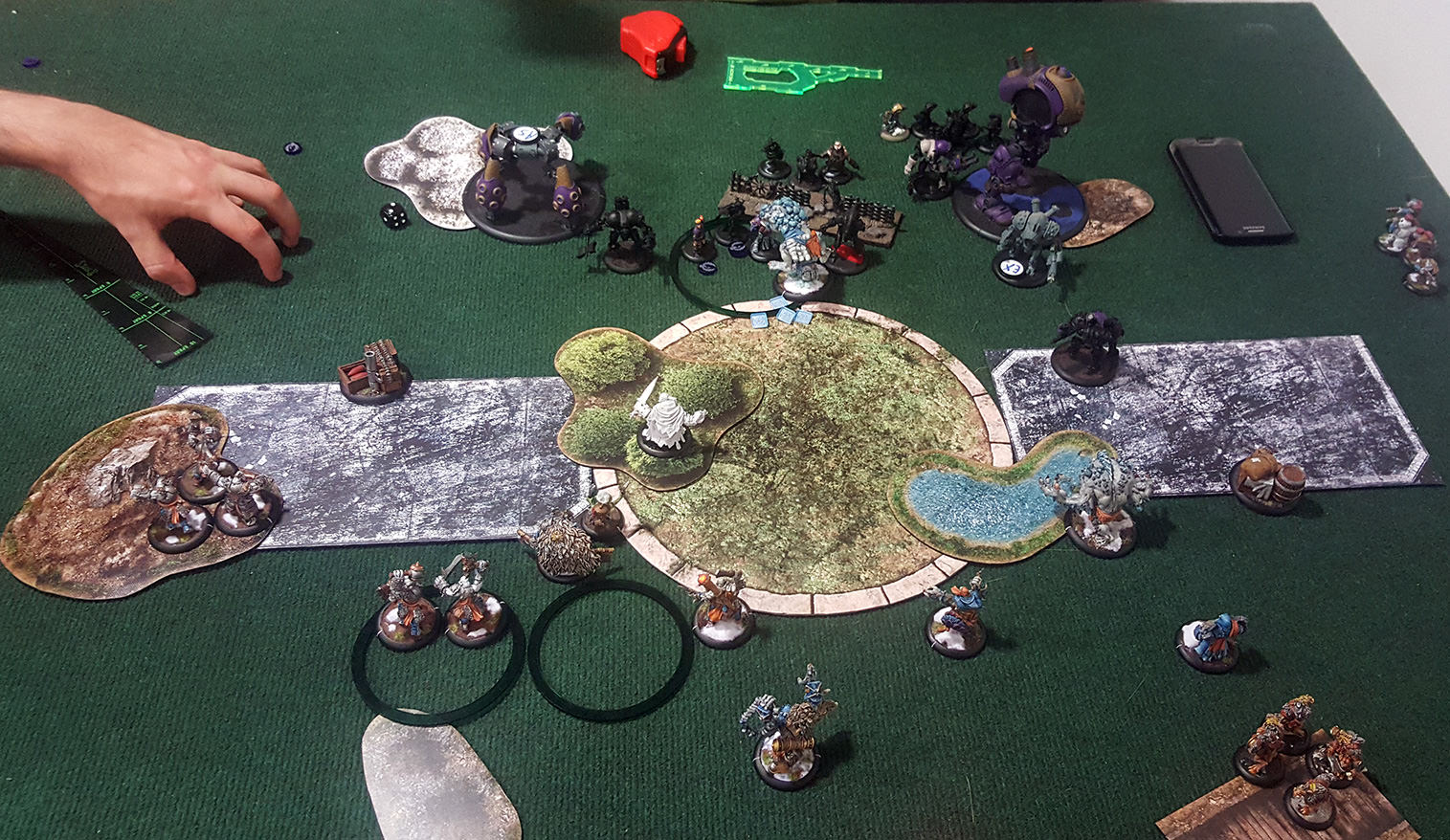