it is missing 2 points, UA to Knights were more expensive then : 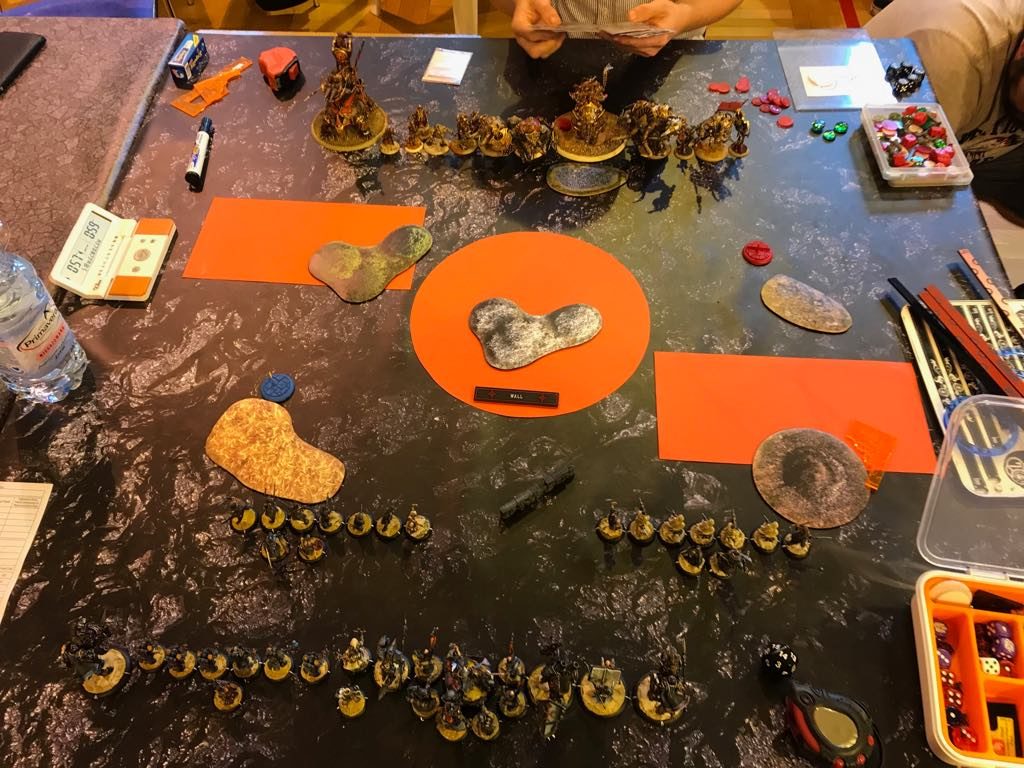 It is a perfect paring for Harbinger.
Not many models, all living.
Which means Awe + Ashen Veil = def 22 Monks.
They were perfect to contest the zones, so my army will able to deal with Skorne heavies.
Turn by turn I was scoring scenario points.
Skorne was running out of models, so Xerxis decided to start fighting.
He end his activation in “not the best” position, so I easily killed him. 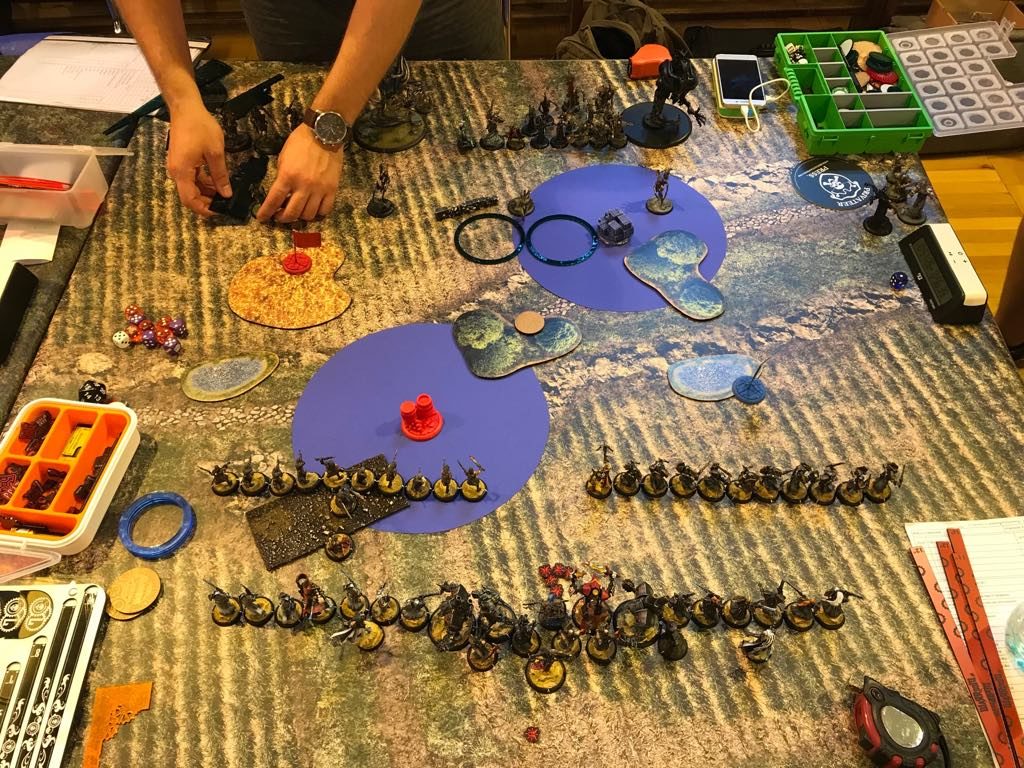 Skarre1..
I was looking to test this paring.
Before the game, I thought I had an advantage.
And I was right.
Knights + mini feat + Hand of Fate, easily hit and smashed the Stalkers.
Also, a lot of magical weapons helped me dealing with Battle Engines.
This scenario is about killing enemy solos.
Elias Gade was great in “solos hunter” role.

The game ended in 7th round, by few points advantage in my favor. 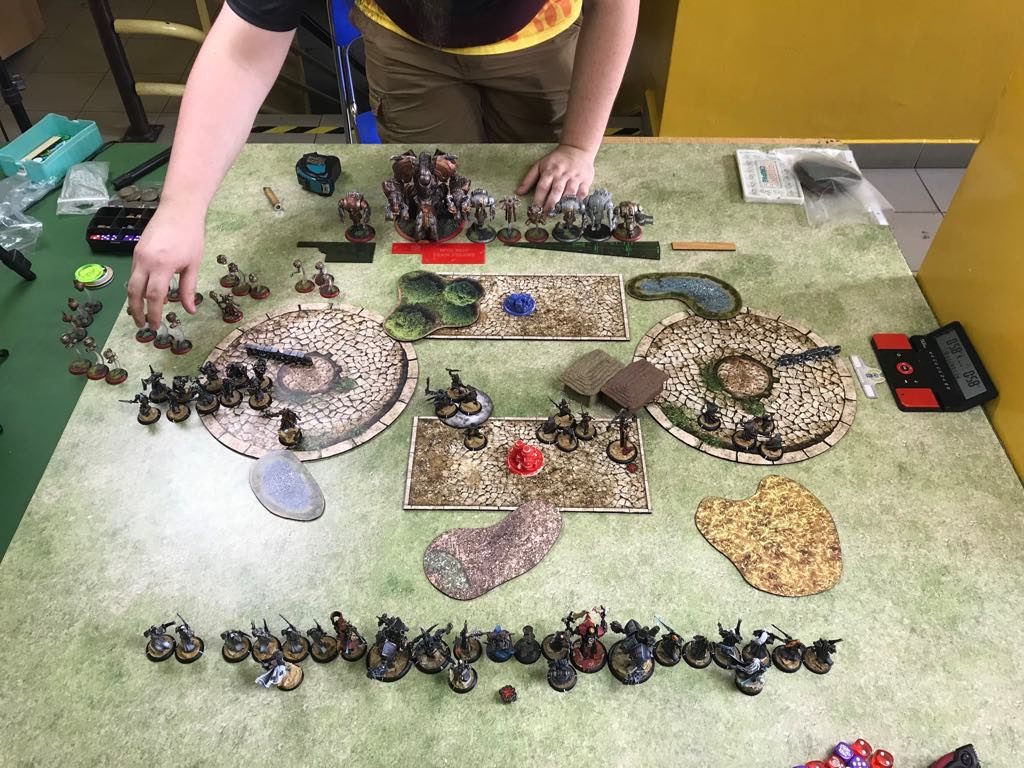 I played vs Paweł yesterday.
We played Harbinger vs Orion and it wasn’t the best for me.
That’s why I picked HR now.
I knew I will have some troubles in this game, so I decided to try “high risk high reward” tactic.
I put HR is a danger place, to force my opponent to came closer and try CK.
I was running out of models, so this I thought it will be the best idea.
Paweł started thinking about it and decided to try CK.
Orion came closer and said FEAT.
Few models started shooting at HR (as I wanted).
Poor rolls dealt 10-11 boxes to HR, but 1 more Jack left and he finished my caster.
Last shot killed me 🙁
If I only survive this shot, HR will said FEAT and half of my army would charge Orion.

I lost the game by CK. 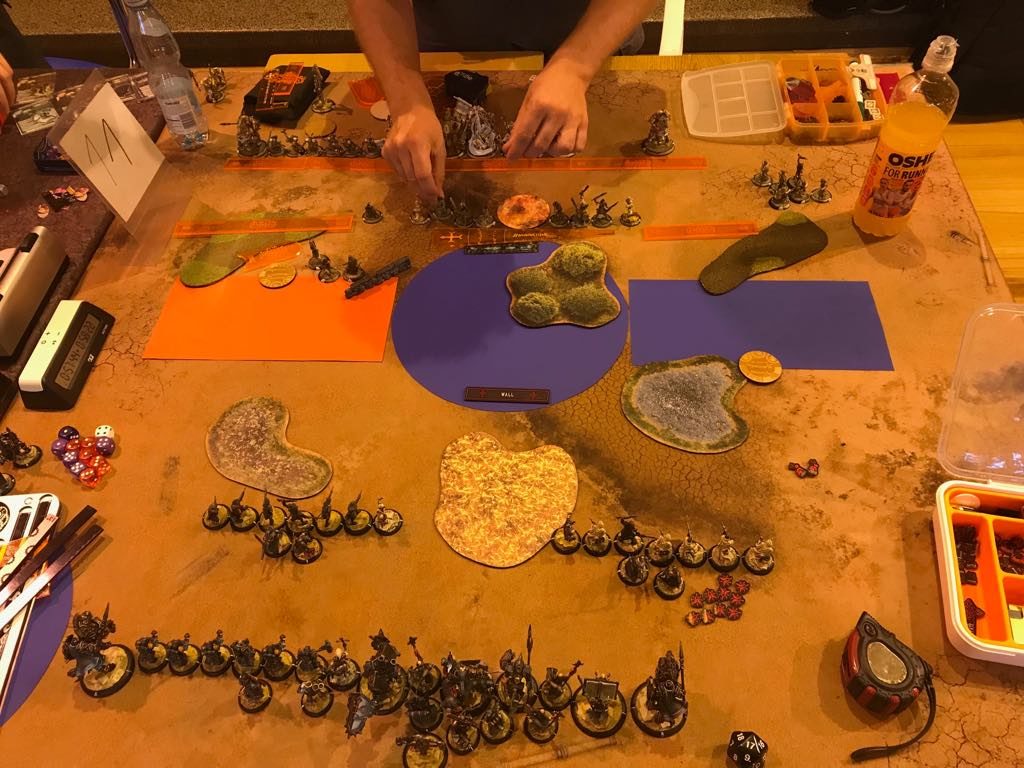 Protectorate was lead by Andrzej Reszelski – our WTC player.

We had almost the same lists..
On this scenario, we both know, that one and only possible point to score is destroying the objective.
None of us lost more than 1 army point..
Yes, both of us lost only Wrack!
Andrzej had an advantage, that he goes second.
Which means he did everything to kill random solos to score more army points at the end of the game.
As I remember well, Andrzej managed to kill Reclaimer solo and won the game.
After 2h of playing, the game ended 1-1 on scenario.
I scored 1 army point (Wrack) and Andrzej scored 4 army points (Wrack + Reclaimer).
Fascinating game.. 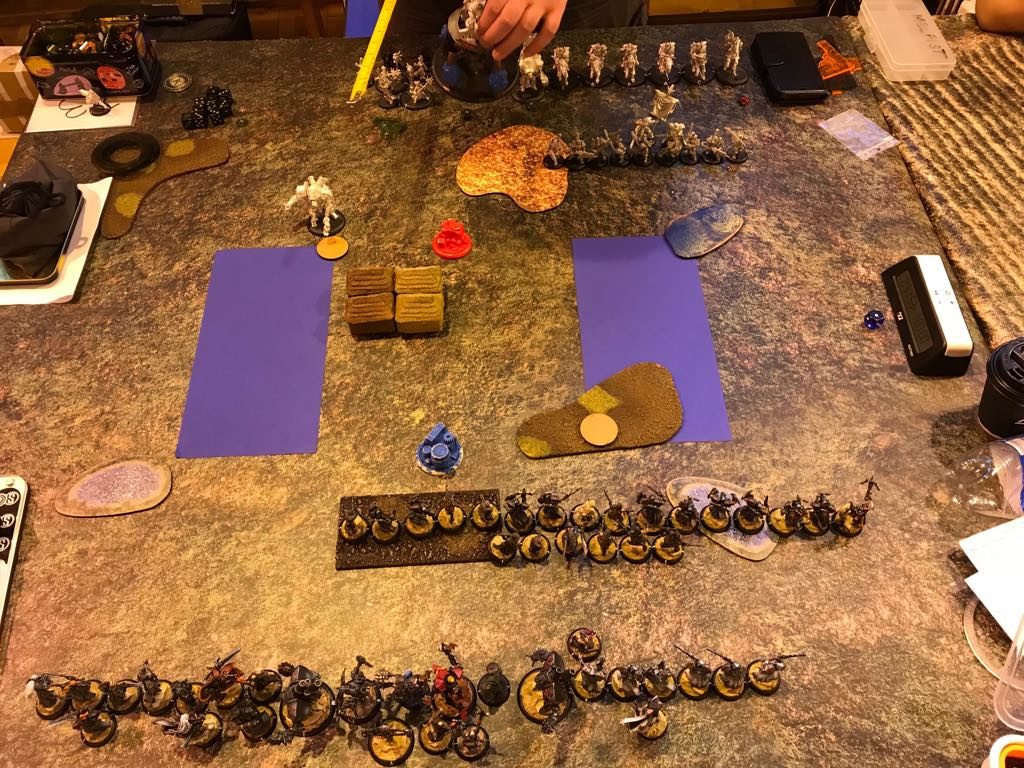 My opponent won the starting roll and decided to go 1st.
Which was perfectly fine for me.
Wherever he goes, he enter into my shooting ranges.
And that’s exactly what happened..
In my 1st turn, HR cast HoF on Errants, who killed whole cavalry unit (Elias Gade helped them).
Idrians took care of Storm Blades.
This game was practically won after my turn.
During the game, Stryker charged and destroyed one of my Crusaders.
I found the opportunity to kill him, so I did it.
Gorman threw blind bomb at Stryker and the Dervish finished him. 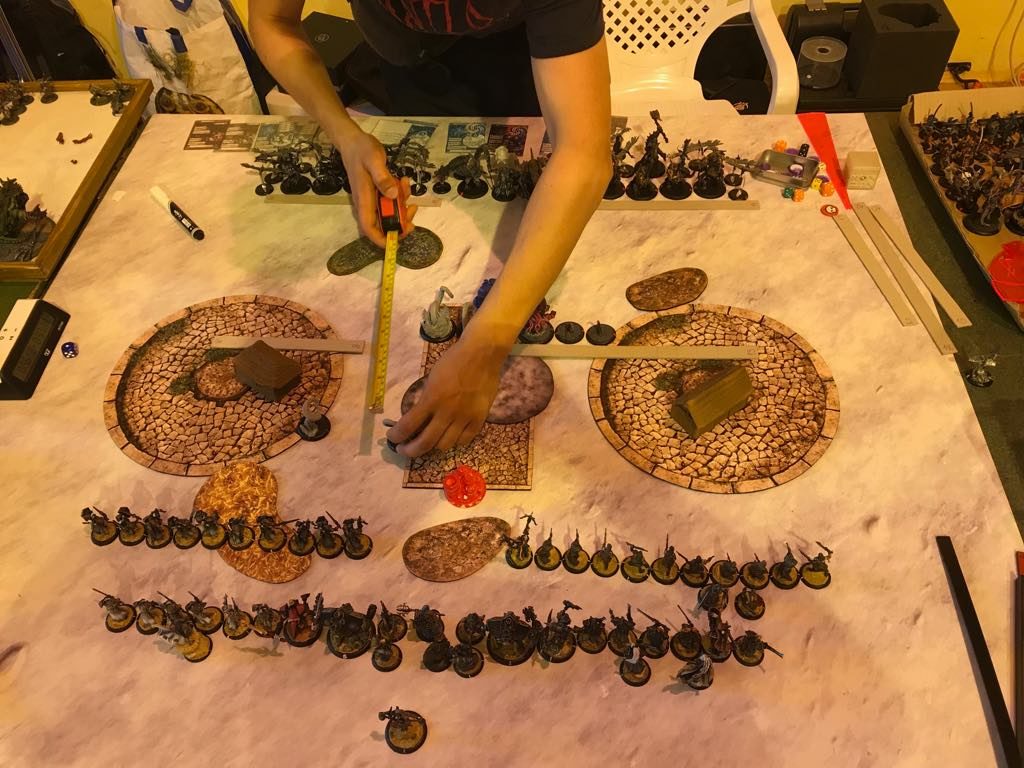 Another match, that I really wanted to check.
Elias Gade is the best vs Hellmouth.
He did 2 auto dmg to the maw, then min Idrians (which prey this Maw) unit with HoF need to roll “3” to kill it.
It is super effective and easy to do even when you started.
It took me two turns to get rid of 2x Hellmouth.
After that, the game went easier.
I had enough power in my list to deal with Chosens.

Later, I just won the game by scenario.