The games below, will be described in a big shortcut.
Just photo + result of the match.
Below, the last 10 games before WTC. 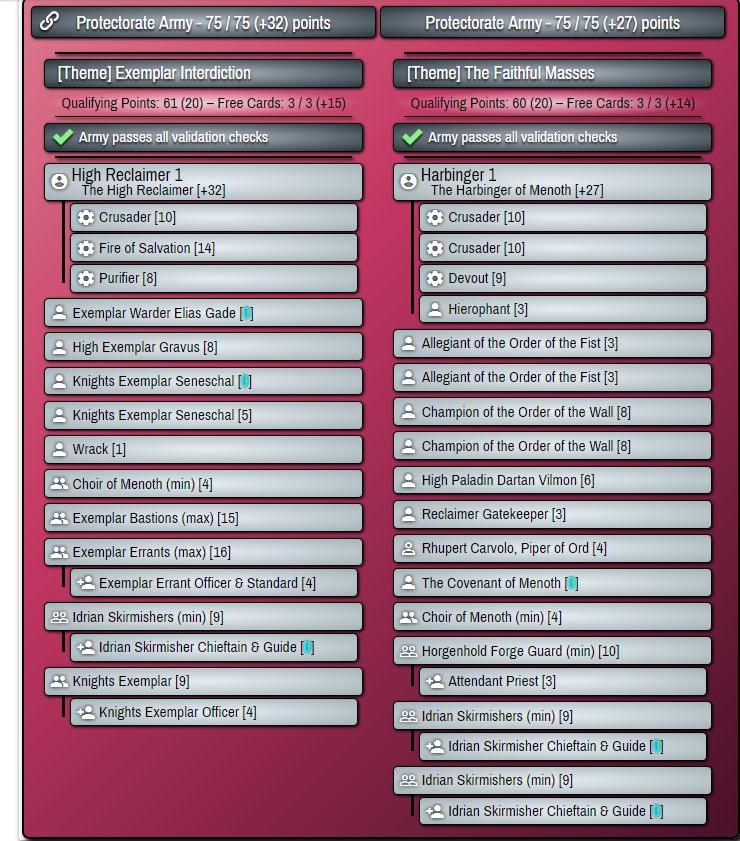 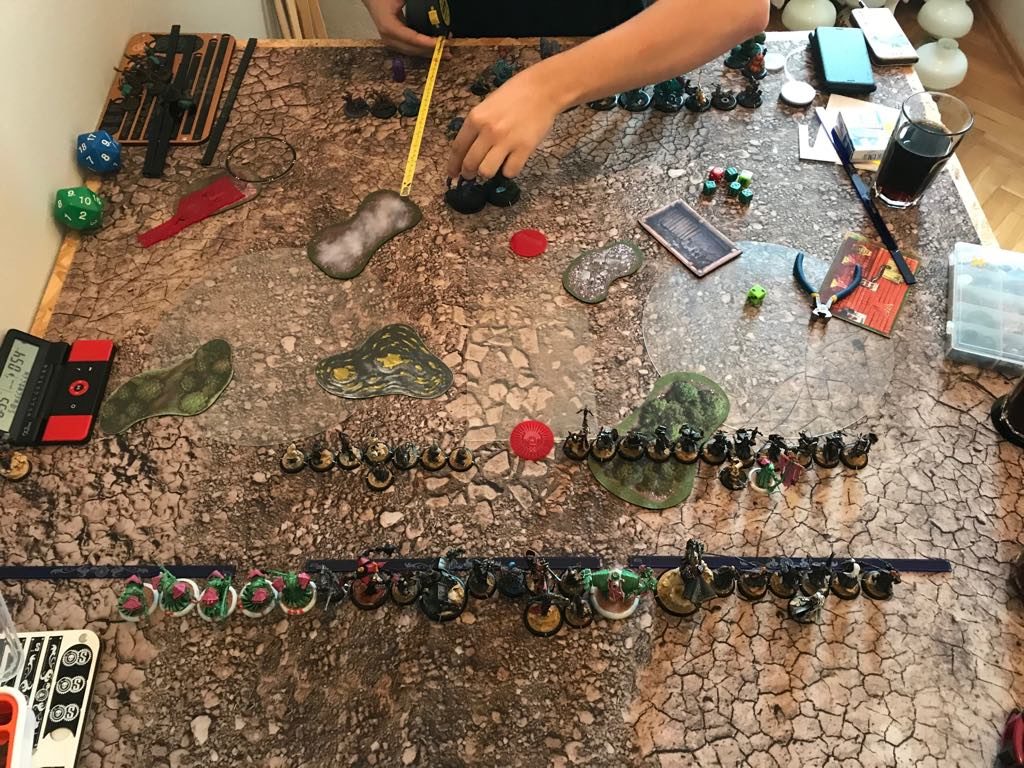 Close game to the very end.
I was running out of time and game ended 6-6 on the scenario.
I won by destroying more army points. 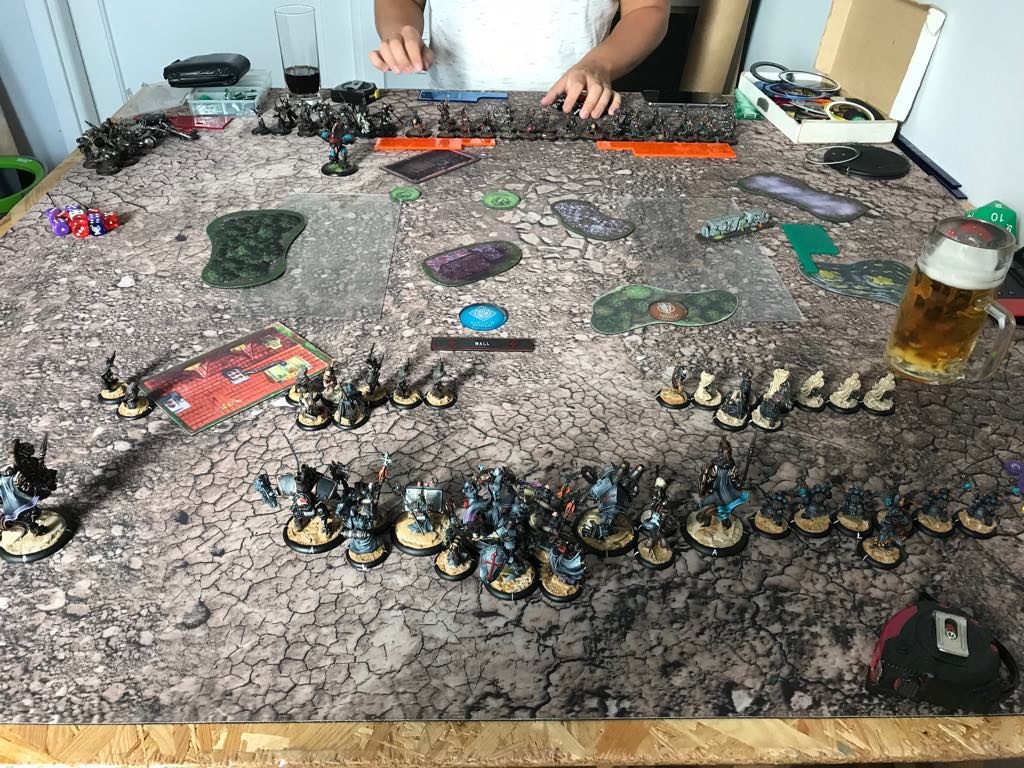 Terrible paring for Harbinger.
Hellmouth spell, can be cast on his own model, to pull out the Monk, outside of Martyrdom range etc.
Harbinger died, because of Feedbacks dmg. 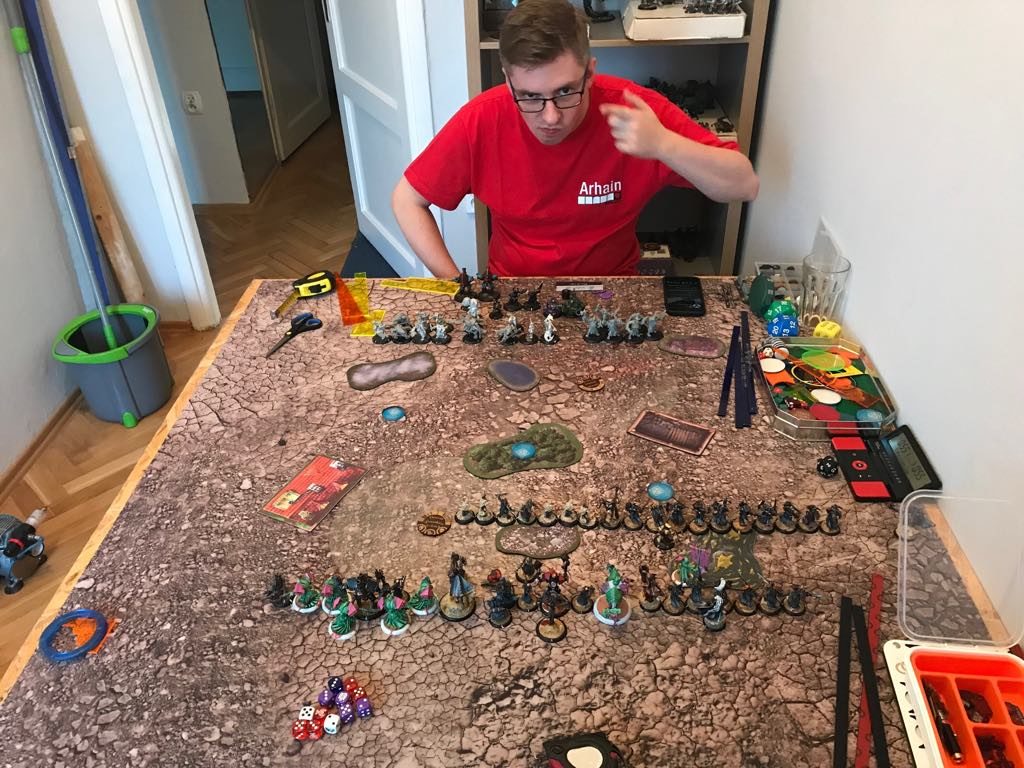 A lot of shooting with HoF was too much, even for high arm Man-o-Wars.
Also, I think Khador list were a little bit too slow on Mirage scenario.
I won the game by scenario. 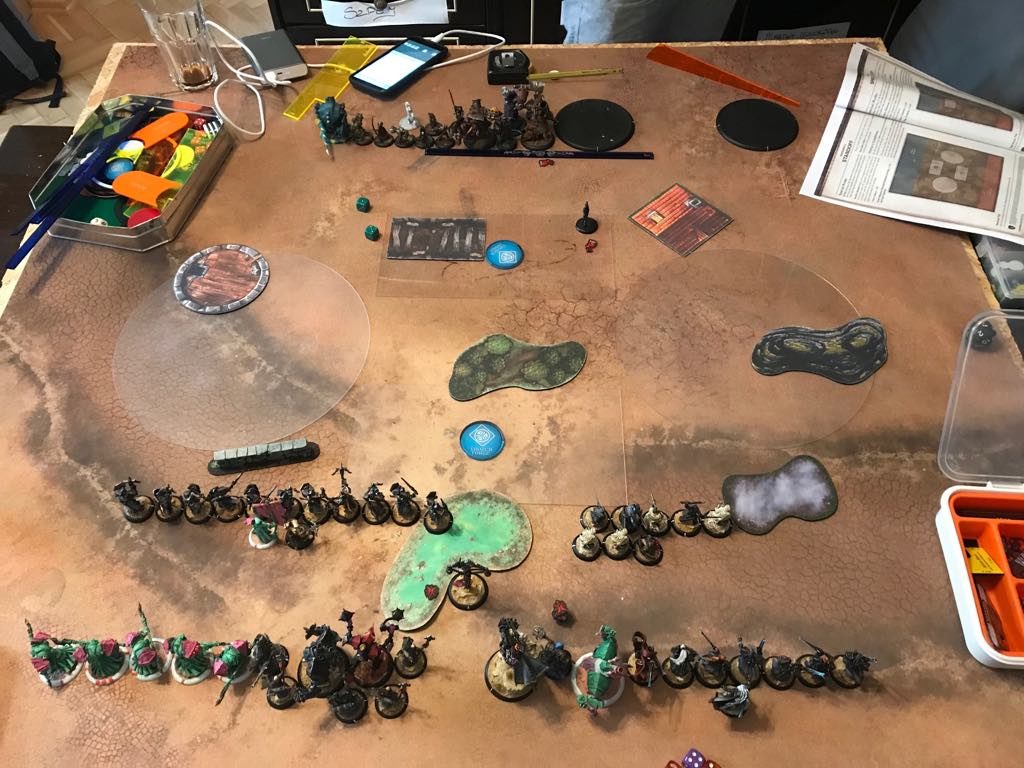 It was super OK matchup for HR.
I had enough power, to just walk (elves FEAT) and kill things.
I won by scenario. 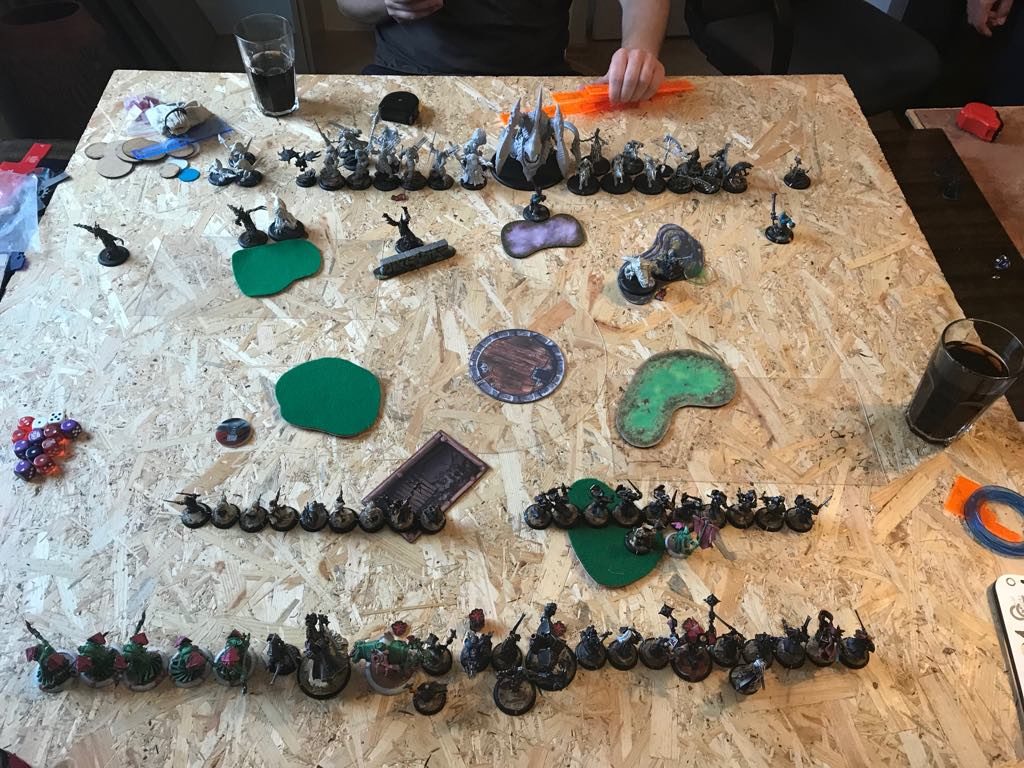 HR vs Anamag match, is always so close and last sooo long.
We ended in 7th round, by PoM scenario points advantage. 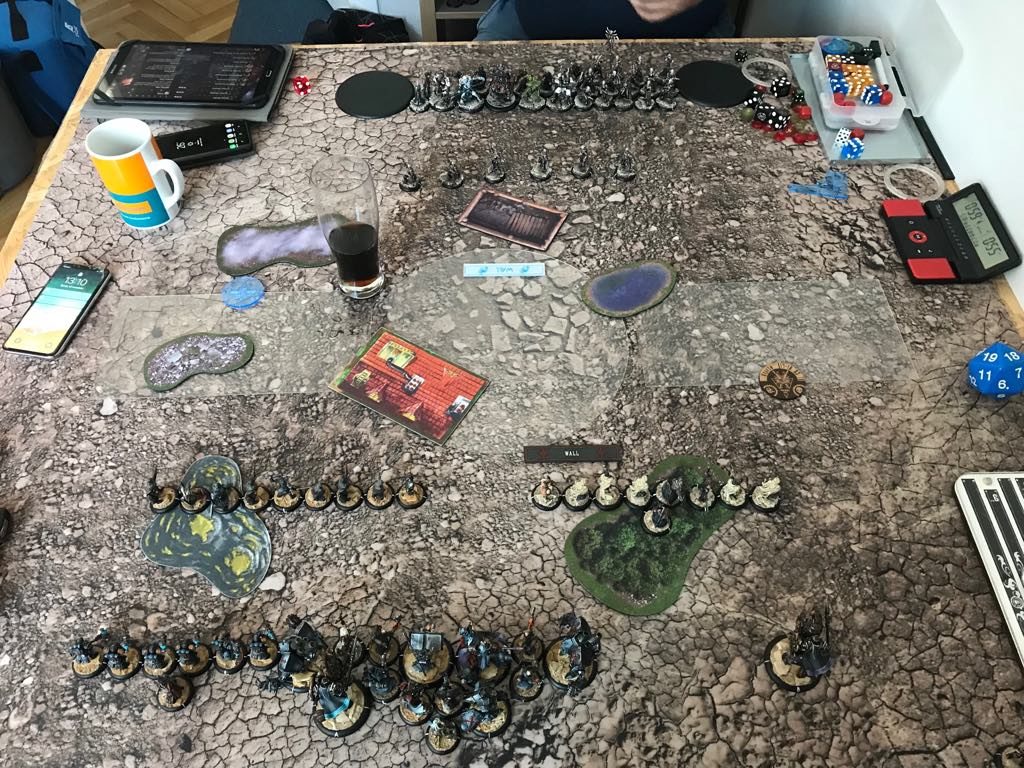 The paring wasn’t the best for me.
I won only because of building.
I could hid Harbinger there, and started scoring.
Without this building, I would 100% lose. 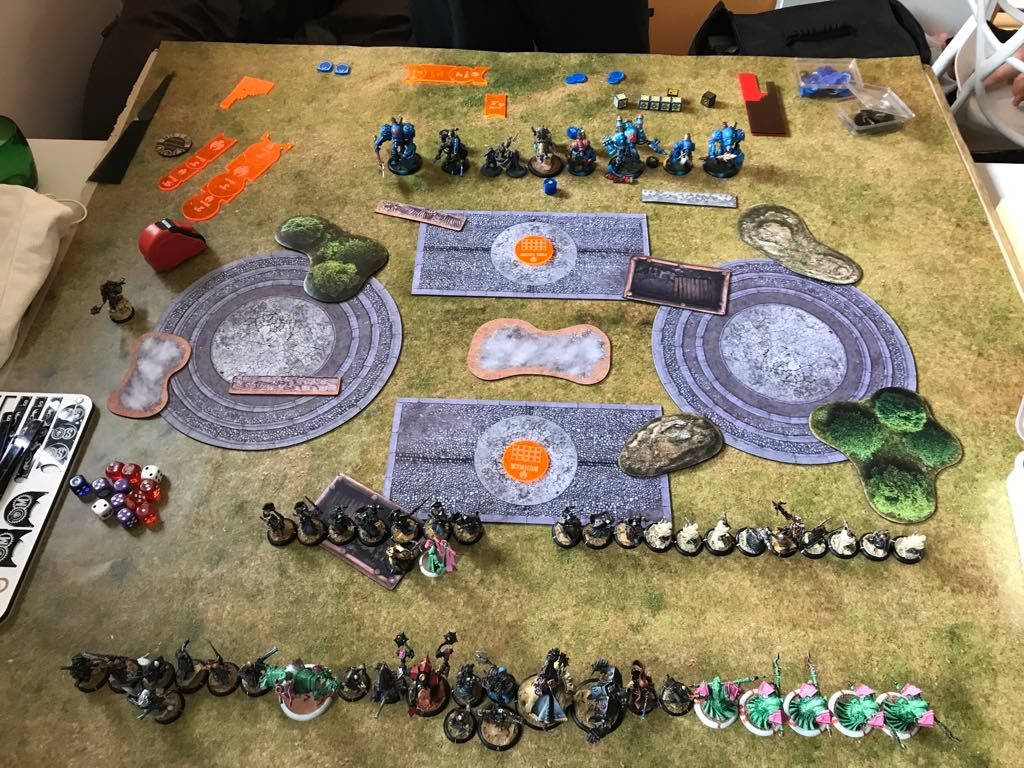 Once again, it was all about Thunderhead.
After destroying this warjack, all started to be easier.
I won by scenario. 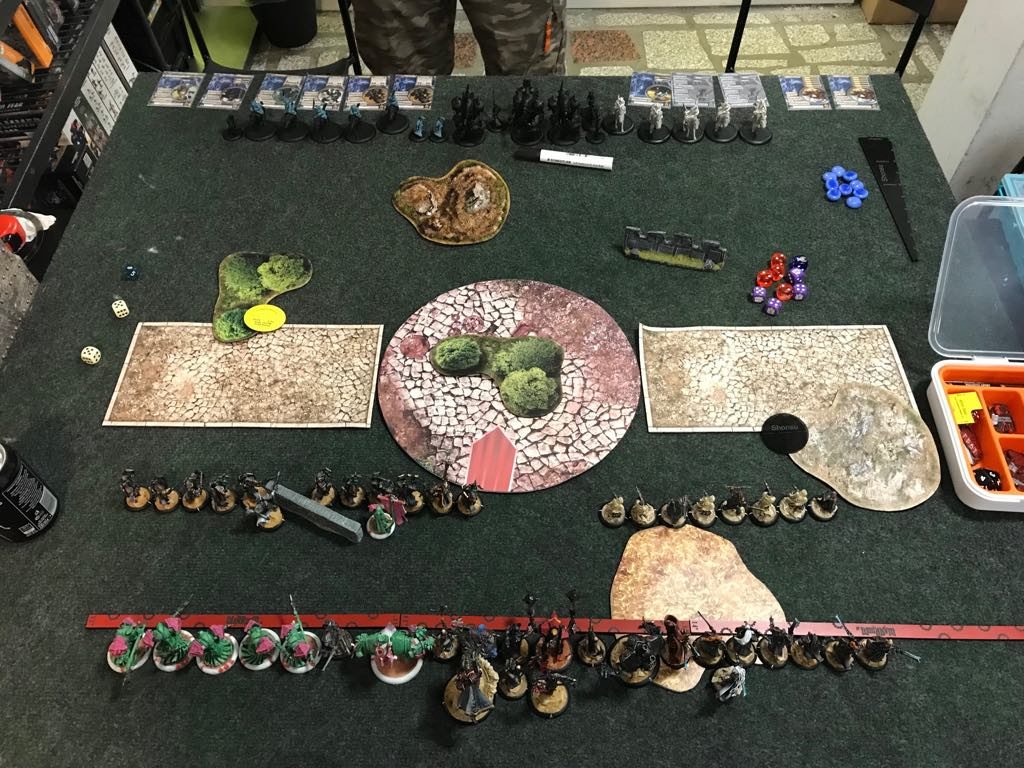 This game was described from Cygnar perspective here : 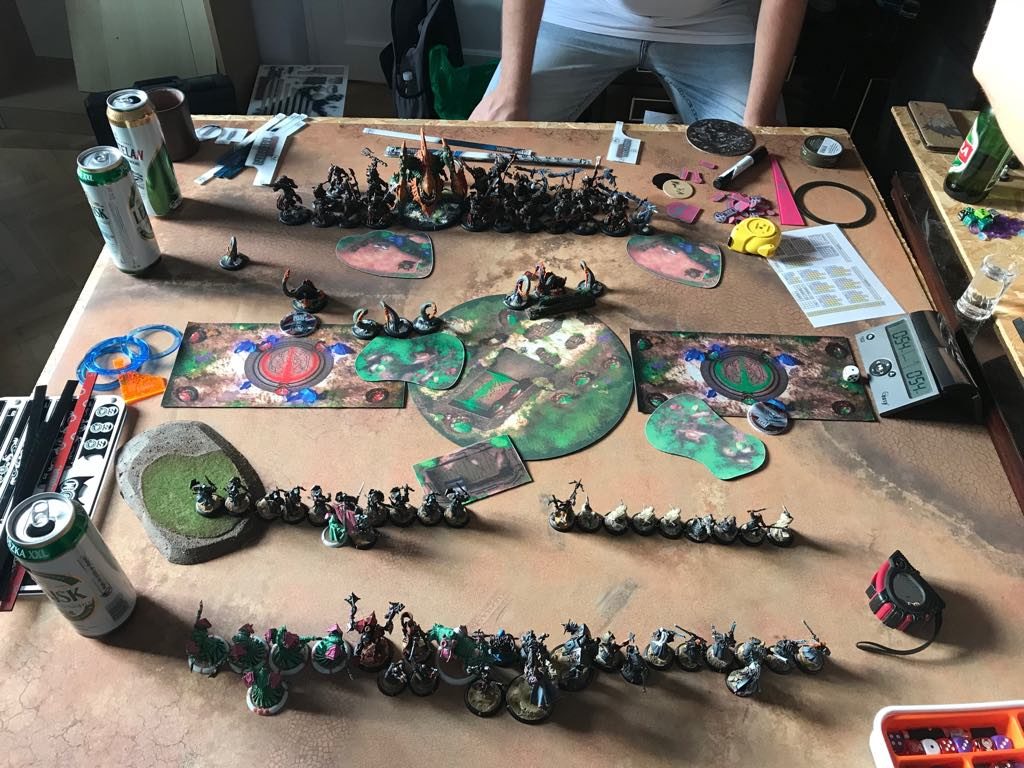 Once again, super hard and close game.
I lost it by 1 scenario point at the end of 7th round.
Elias vs Hellmouths is amazing. 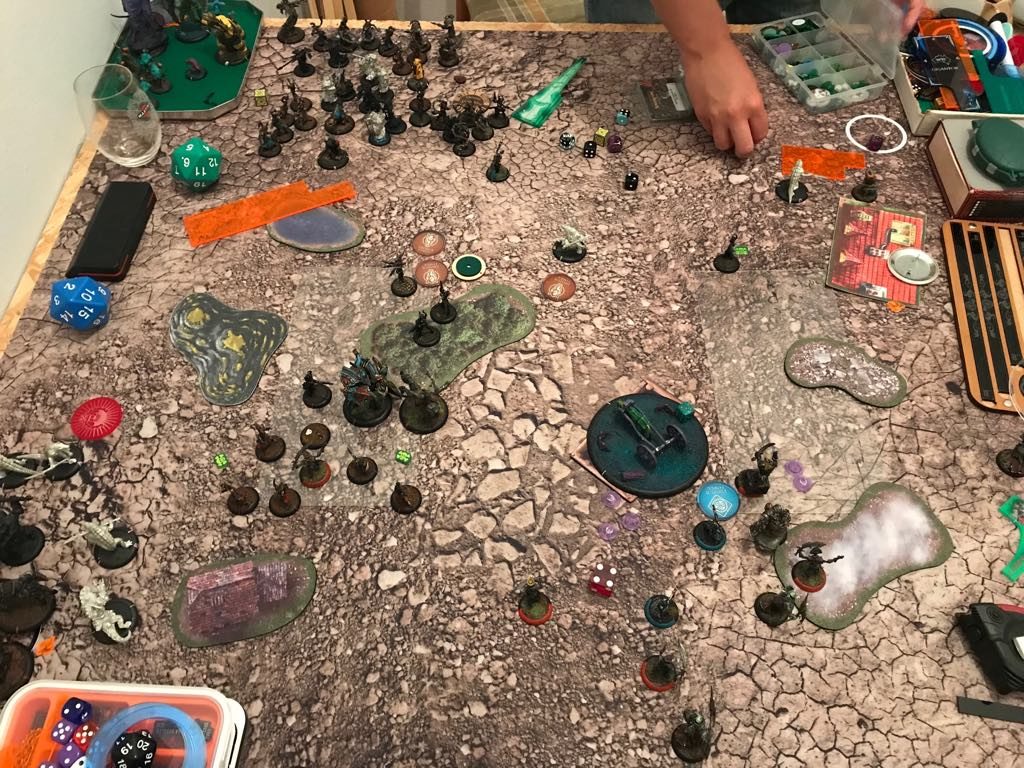 Konrad wanted to test his list vs HR Judi list.
So, I picked Judi.
Judi killed tons of models..
Konrad started to gain an advantage on scenario, but it requires Denny2 to stay without focus.
Two Cinerators, after Vengeance movement and HR’s FEAT, were able to charge and kill Denny2.