Hi all,
Another battle reports from Pruszkow Tournament.
It was 2nd round
Unfortunately I don’t have photos, only deployment, so only text:)

My opponent(Semir El-Ahmar) has Venetrax with DJ, Inflictors, Slayers, some light jacks, Stalkers,
I really don’t remember amount of those jacks. Guys, next time will be better:) 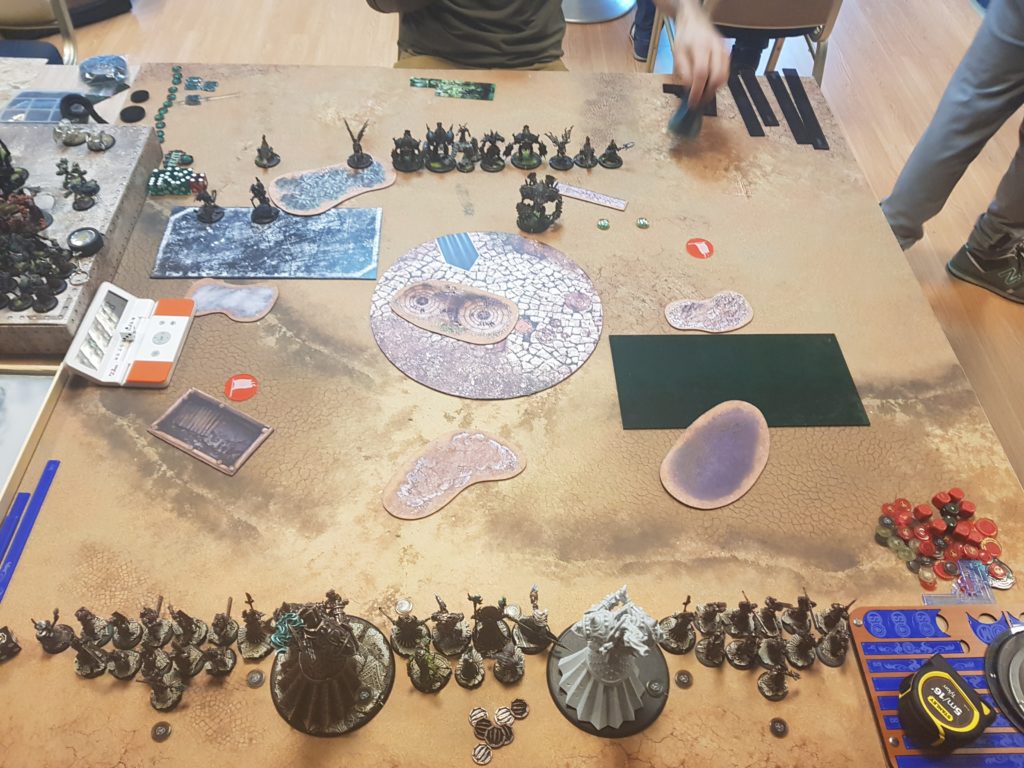 I won roll and decide to go first.
we deploy our Armies, In the middle of table was big building so I deploy Supreme Guardians to have no problem with this piece of terrain.
Zaal2 was in the middle with almost all solos, Immortals was on flank.

I run forward with almost everything, I kill to immortals to give soul to each of SG, now they have 2 each.
Why? I want to have more opportunities to use Spell Vortex, and
negate Mortality if my opponent want to cast.

My opponent run but keep models out side my range.

I shoot a little bit with SG, I make some damage to Arc node jack, set him on fire, Rest of army move forward, Zaal2 cast feat(+5ARM for constructs)

My opponent kills some models, but not a lot, he don’t deal to me serious damage. He contest zones, and he sore 1 point.

I kill a lot of models, DJ was gone, Slayer, both Stalkers, some light jack,
I kill objective and contest zones. I sore 2 points.

My opponent try to back to game, and he deal some damage to one of SG and kill some other models.

I killed rest of important models, and still scoring.

My opponent try to make some points.

After this round we decide that this game have no sens to make another turns, we agree that he can finish one SG to make some points,
He have no chance for CK in whole game

I won the game

Afterthoughts :
-vert nice opponent:0
– my opponent cannot use his good tricks like Mortality on most important models like SG’s
– from 3rd round this game was almost impossible to win for Cryx,
– hard to win game with hand-to-hand jack with army like Exalted
– I need to remember to make photos:)