This is my first battle report, so I would like to clearly say one thing – I am really bad at making appropriate photos. Either their quality is not really good, or I am not containing all elements I want to. Because of that I’ve decided to make simulation screens in Vassal, that would mimic the photos content. It’s much more clearer. And because it’s simulation from start of it nobody should focus on less important details like facing, distances etc. It’s more about tactics/approach to the game than actually documenting what happened precisely.

The game below, may not be a perfect one, however I don’t want to be picky. Some games we play are a bit scrappy/not well prepared. Some are played on much higher focus level and general awareness. This one was first game played by both me and my opponent with given lists, also I was not really fully remembering all of the CID changes, so I had to support myself with printed rules ;). All of it make both of us a bit less focused than we should be, therefore this particular battle is all about our mistakes :P.

Pre-Game thoughts:
In overall, I’ve expected that my list can a bit overcome any khador list on attrition game. To be honest it is just a general/major plan with Morvahna1 – just turn by turn trade with opponent getting ahead on attrition, the quick scenario play or CK is not the plan at all. Also this plan is supported by death wolves that are excellent at slowing down scenario. My main goal was not really giving easy points to opponent, and consistently score something for myself, aiming to get final advantage around 4-5 round.

My opponent was going first, he deployed with most of army center/right leaving only warjack on left. My set up was much oriented about not losing on the side where opponent has most value, and having universal, hard to remove unit (trackers) in front of warjack. 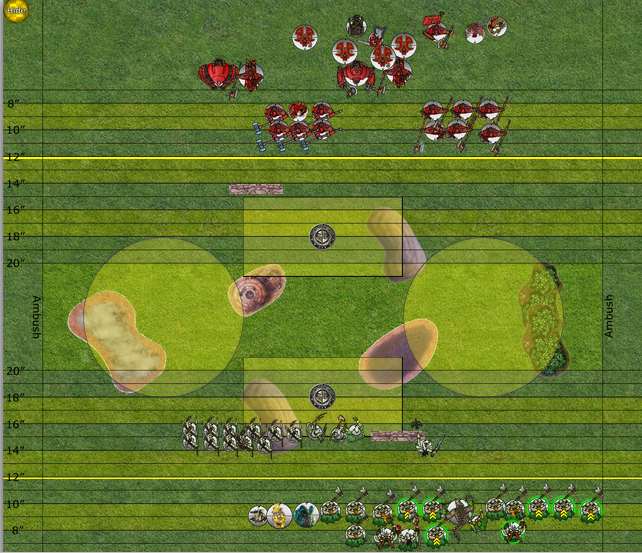 Round 1:
Basically he run, I set up considerably safe, with givin some models as bait for triggering vengeance. 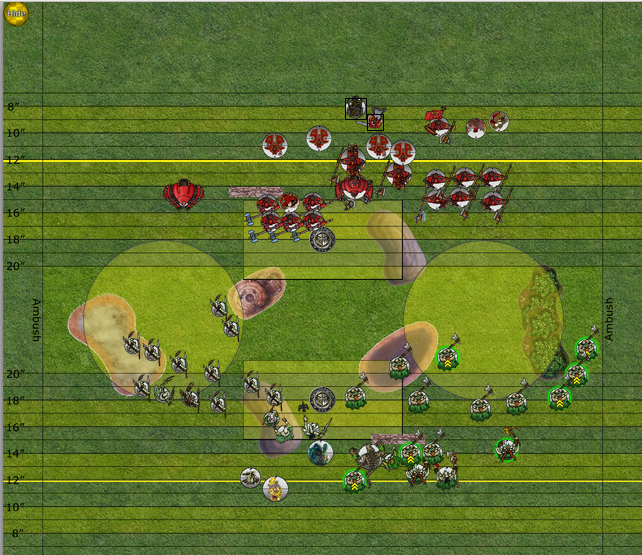 Round 2:
My Opponent has chosen to be rather cautious and not giving me vengeance, however some of his movements were in my opinion not really complementary to this assumption. Simply saying the warjack was too agressively in front of my tharns. Which are easily eating the warjack when combined with Mortality. Additionally, I believe he didn’t think about what LotF could do on the table. It result with myself getting agressively with lotf – he killed 4 of democorps, and trackers shoot out the last two models (democorps has mortality on themselves), additionally I’ve casted second mortality on jugger, and jump on him with 4 tharns – it was enough to get him destroyed. Overall I would say very nice round, but – I made one of the most crucial mistake in my opinion. I put too aggresively unit of tharns having restoration. Which was simply giving a chance to kill them all. This round was finished with 1:0 score for me on scenario. 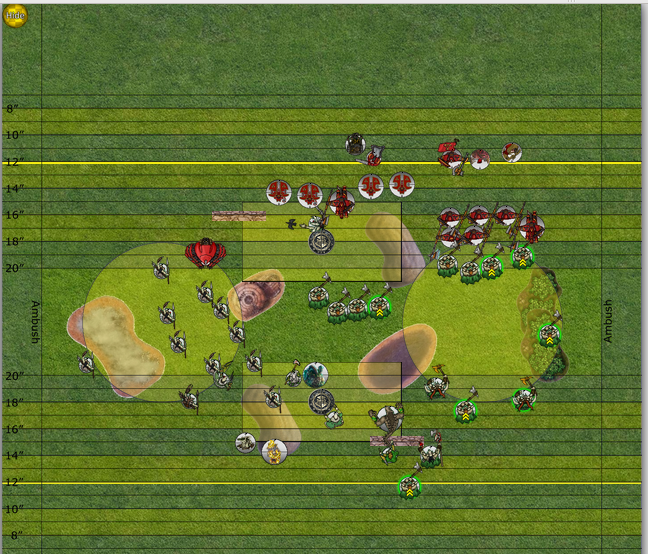 Round 3:
Opponent cleared most of tharns, and a few trackers, with support of feat. He also scored one point but he didn’t put anything to my zone. So we finished 2:1 for me. Then at my turn, having a few tharns back, all beasts, death wolves and trackers. I’ve just continue aggressive approach, and focused on clearing tankers, some of closes shocktroopers, additionally one of shocktroopers. And I scored point – 3:1 on scenario

We’ve looked on the table, and there wasn’t any chance to contest my zone, models were too far back. So I would automatically get to 4:1. As additionally there wasn’t really enough attacks to clear any zone and score. So on my turn I just would need to clear the objective and I would be winning. Opponent conceded. 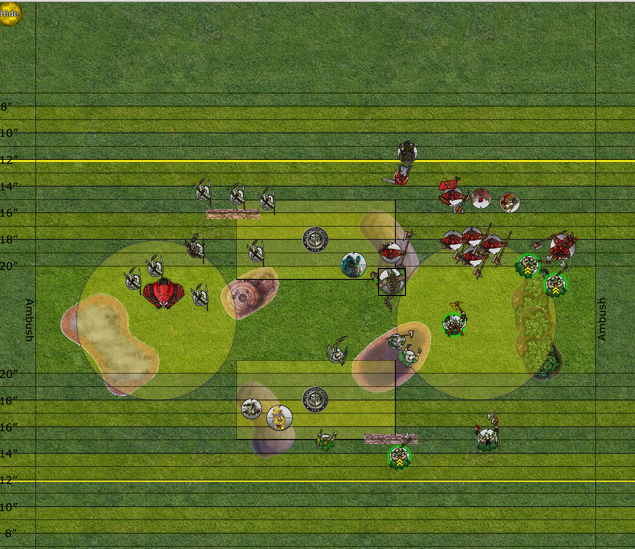 Post game thoughts:
– what is surprising to me is really how much impact extra tokens on tharns + mortality + 2str bonus on charge has on damage output. It’s mathematically obvious, but simply saying before CID – it just wouldn’t happen to kill a khador warjack with 4 tharns. Additionally just overall the list was doing simply more than I expected, and assuming mistakes – more I actually deserved ;-). In total – tiny bit “+” for the CID.
– I believe list played by my opponent is quite solid. It just needs more consistent planning during the game, and  better positioning. But I wouldn’t drop the list idea.
– Still, personally, democorps are the least impressive part of this theme for me ;), they never really do the work I would expect from them.
– what’s a biggest shame for me, is that I didn’t really benefit much from anything besides mortality 😉 – but I hope that it was just first game, and I will do better next time 😛