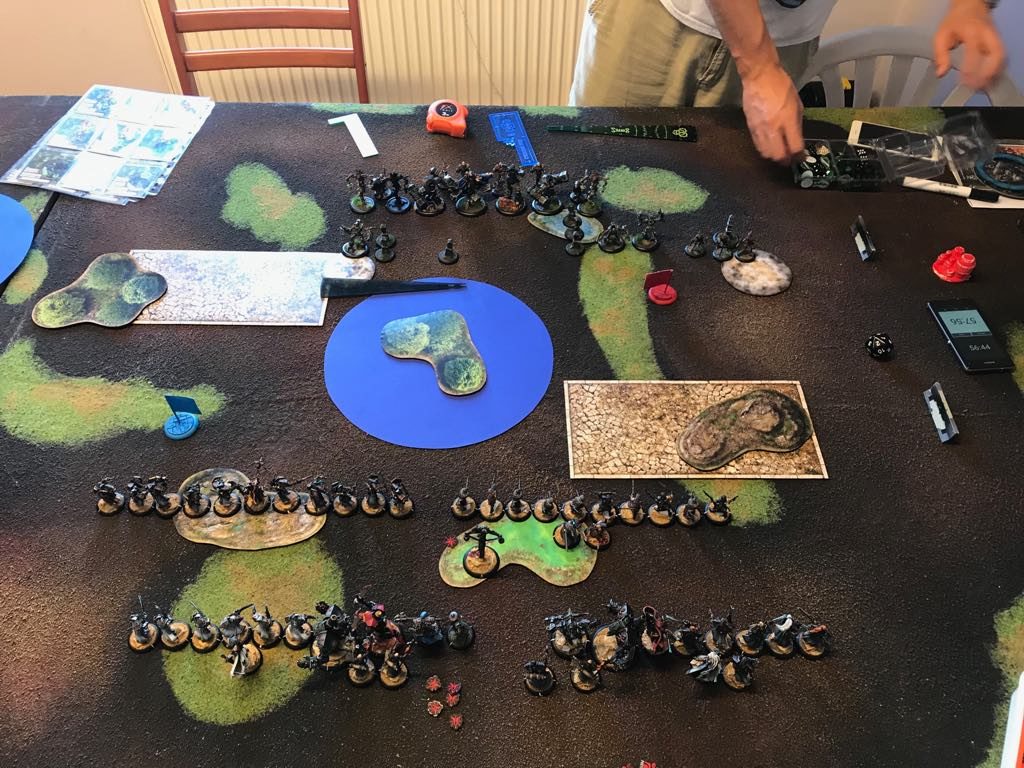 I think it was a good pairing for HR.
Exe theme looks good vs few, hard hitting models.
So it was this time.
I was slowly starting to kill the model after the model + scoring on scenario.
My opponent had a chance to attempt crazy CK.
It was like 12% to success, but of course, it was better than nothing.
He tried it, but unfortunately failed.

After this, I automatically won on the scenario. 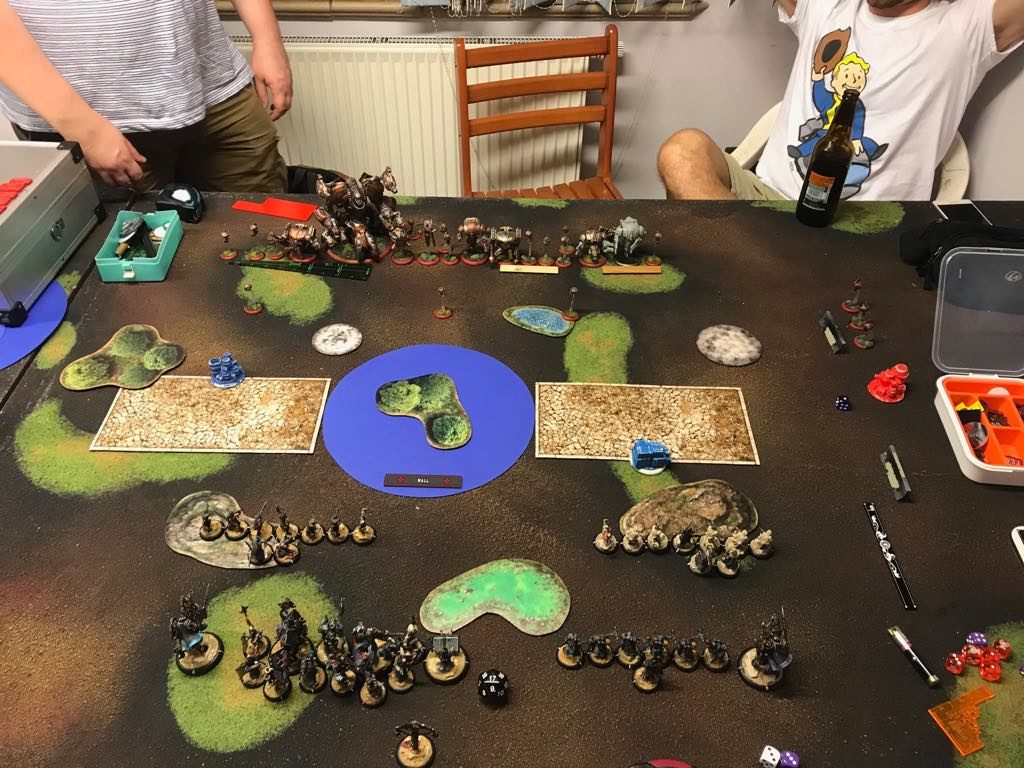 To be honest, Harbinger is the worst possible choice vs Orion.
Paweł really want to test this paring, so we played it.
Orion’s Modulator list, has a lot of auto hitting things.
Magic Bullet is the worst here…
This game was super fast.
Paweł used his FEAT to clear as many models as possible.
He literally obliterated my forces.
In my turn, I found that Paweł misplaced orion a little bit.
Harbinger can cast 2x fully boosted pow 16 Cataclysm into him.
Also, 1 Champion can reach Orion.
He only camped 1 focus, which means my CK attempt has 81% to success.
Unfortunately, I missed (or roll terribly bad for dmg) one Cataclysm and I failed.

After that, I gave up the game and lost.