We played 4 team games at Saturday.
All games by HR. 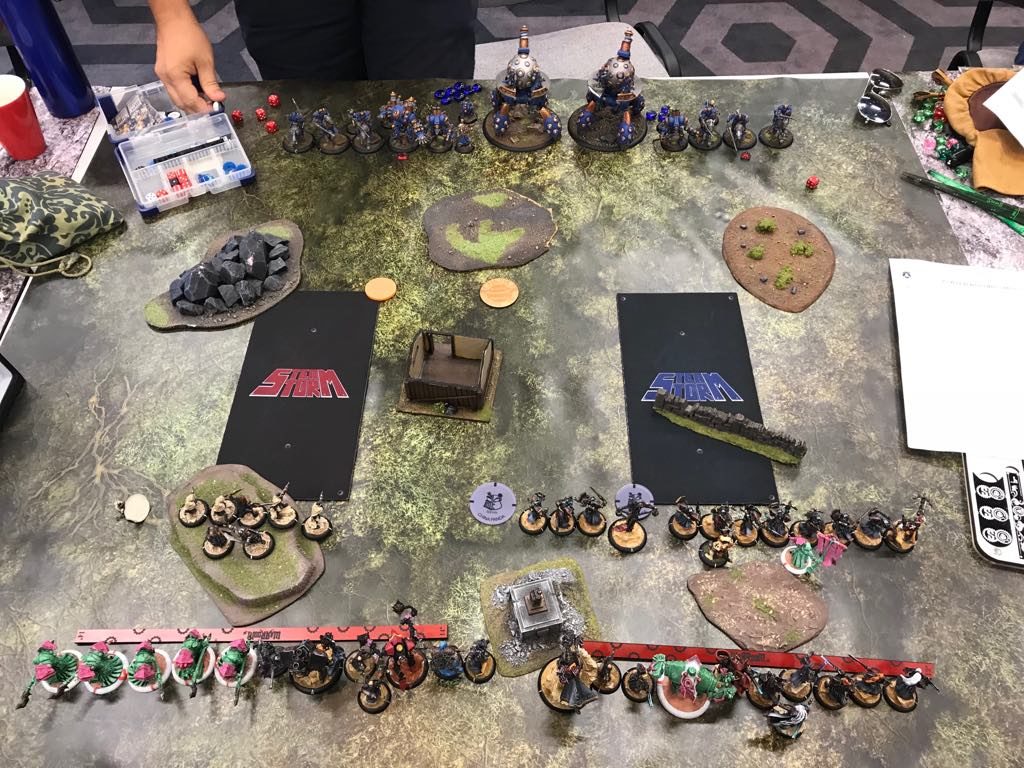 What can I say..
Thunderhead (again) = my priority goal.
Idrians prey him and made one big CRA every single turn.
Later, I was able to charge and finish him.
As in previous game, it was all about Thunderhead.
After destroying him, whole game become easier for me.
Also, the wall in the right flank helped me a lot.

After few rounds, I won this game by scenario.

Tomasz also won his game Krueger2 vs Cryx.
Which means, our team won this round 2-1 ! 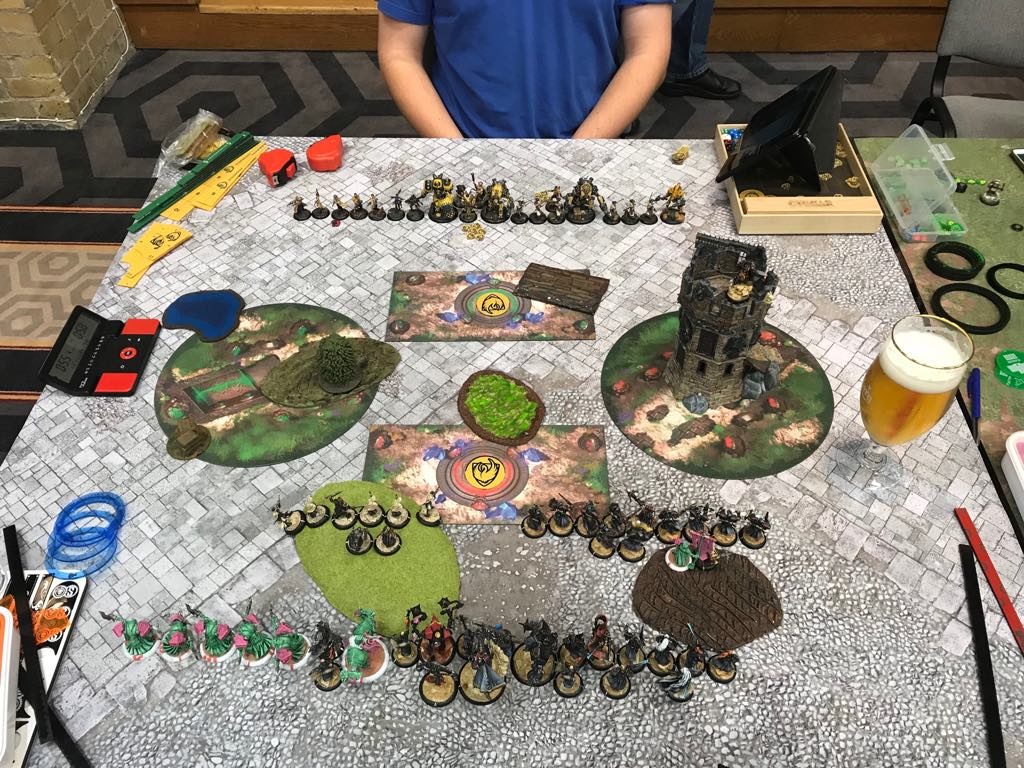 Cygnar was lead by Cornelius.

Siege1 isn’t my dream pairing.
Ground Pounder + Fire for Effect is just amazing.
My one and only chance was scenario.
Having two Seneschals in the list, I was able to contest Cygnar’s zone for ages.
This game went as I predicted.
I lost almost whole my forces, but I gain an 4 points advantage on scenario.
One charging Bastion and HR’s Immolations destroyed the objective and the game was over.

Tomasz and Simon also won their games.
3-0 for us! 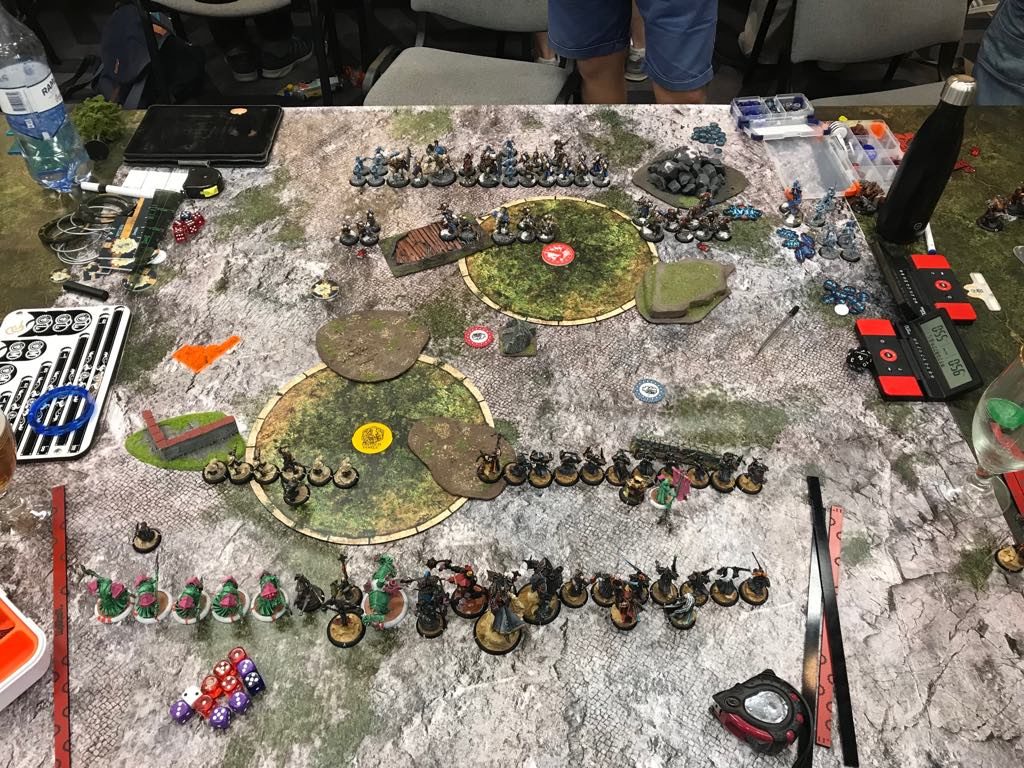 Cygnar was lead by David Gustafsson.

Another Cygnar..
Looks like very popular faction there.
Haley3 in GD theme, is something I always love to play against.
Blessed crossbows with HoF are great with killing Trenchers.
Also, Elias Gade prey at Commandos and killing two per turn – amazing.
HR clouds are super helpful in this matchup.
Seneschals contested the zones/flags, so I easily gain an advantage on scenario.
Which won me the game, 6-1 on the scenario. 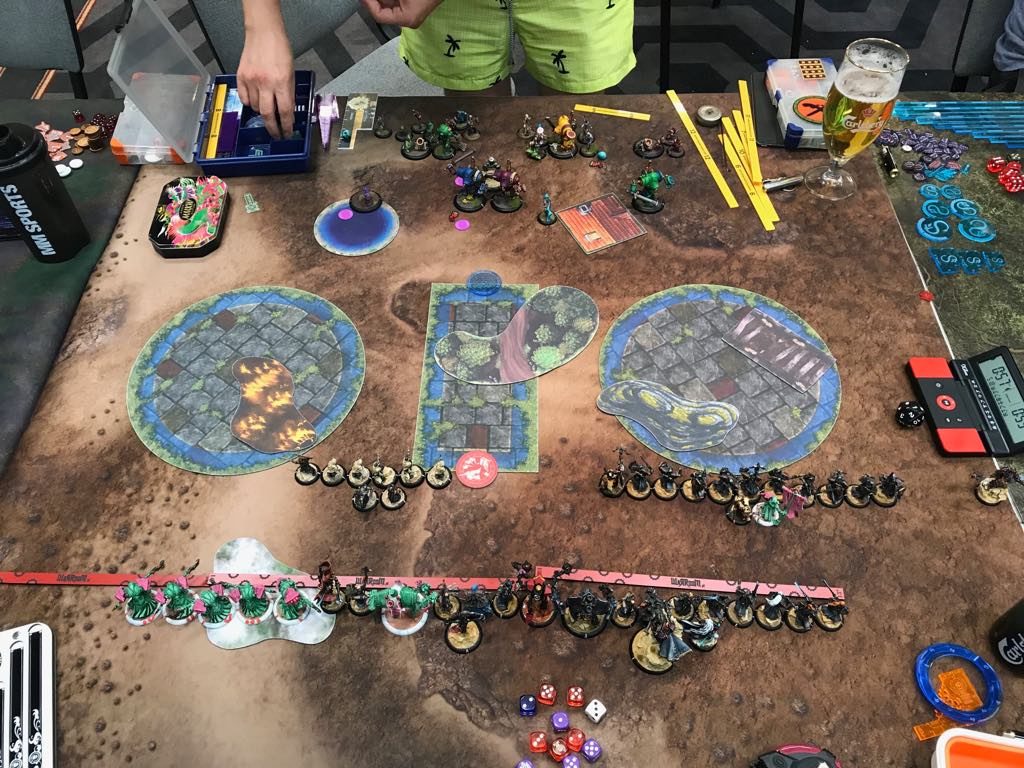 Mercenaries was lead by Hugo Svanborg.

Thank God, I’m not facing Cygnar this time..
Hugo won the starting roll and obviously decided to go first.
During the game, I stupidly lost FoS.
Buccaneer get magical weapon from objective and knock down FoS.
Then, Freebooter charged and destroyed my Jack.
This mistake made the game much harder than it should be.
We played this game so long.

Our result depends on my game.
During the time and after my FEAT, all starting to look good.
I destroyed most of the Jacks.
I also scored few scenario points.
My opponent was running out of time, so he decided to try CK.
It was the best possible decision.
Gorman threw blind bomb at HR.
Then, one Nomad trample and started hitting HR – who survived on 6-7 boxes.
After this, we shook hands.

HR won the game!
And made our team 2-1 this round, which means we all qualified to Sunday Invitational. 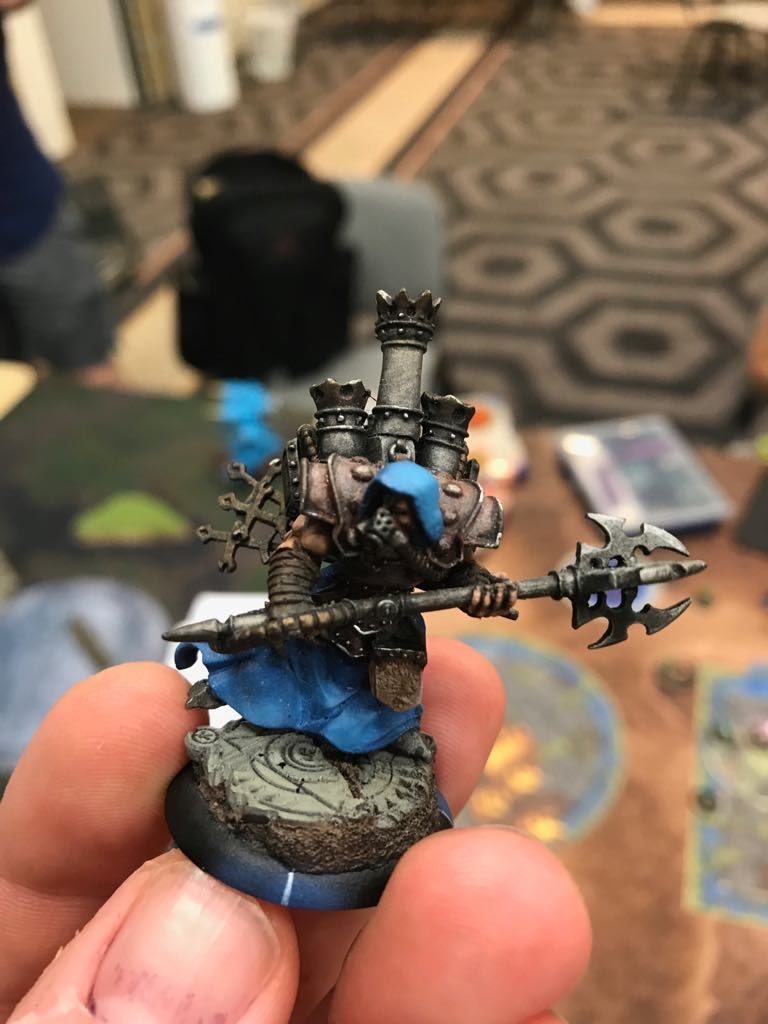 And below, photo of our team : 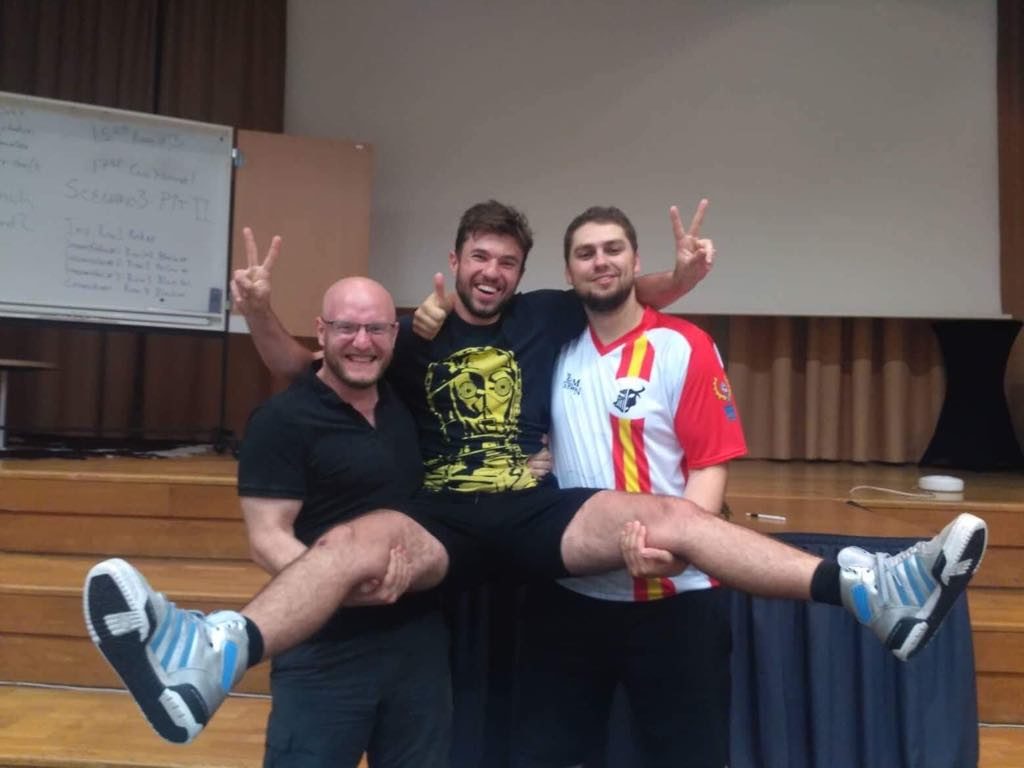